Hard Candy’s iPad Stylus is an odd-duck product. It’s a stylus for a tablet that’s designed to be used with your finger. Like Steve Jobs said, “If you see a stylus, they blew it.”

But it’s actually pretty cool. I’ve got one, and I like it — even if I never use it.

I’m not alone. The Candy Pen iPad Stylus is already on its way to becoming a big hit. 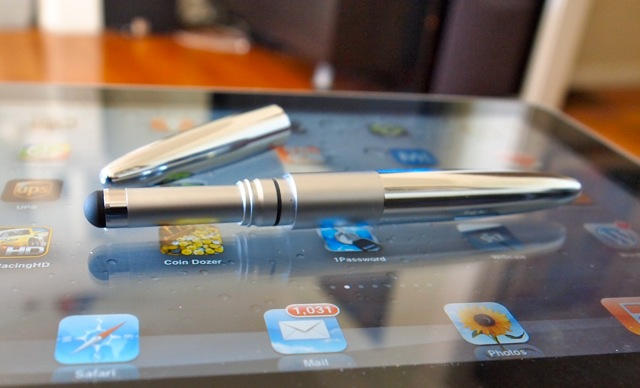 For a product that’s pretty useless, the Stylus is already a hit.

It’s selling 6,000 to 7,000 a week on Amazon, and the holiday season hasn’t even started, according to Hard Candy Cases CEO Tim Hickman.

“It’s insane,” said Hickman. “People are so freaking into (their iPads) they accessorize the crap out of them. And there are only so many cases you can buy.”

Hickman says the Stylus is a hit because it isn’t practical. It’s a fashion item. It looks and feels good. If you think it also has to be useful, you’ve blown it.

“We’re a fashion company,” said Hickman. “Like a shoe company making 6-inch-high heels: it doesn’t always make sense. We just went with it. We made it big and shiny because its fashion.”

Hickman’s right. The $34.95 Stylus is a pleasure to touch and hold, even if you don’t always reach for it when you’re using your iPad. It feels good in your pocket, and it has a pen for when you need to jot something on paper.

Hickman predicts the holidays will be even brisker. The Stylus is a good gift for a new iPad owner.

It’s not fair to say the Stylus is completely useless; It is actually pretty good for drawing on the iPad, and there are plenty of drawing apps to use it with.

Hickman said the company originally hoped the Stylus might be good for taking notes on the iPad, but the screen resolution isn’t high enough. They went ahead and made it anyway. 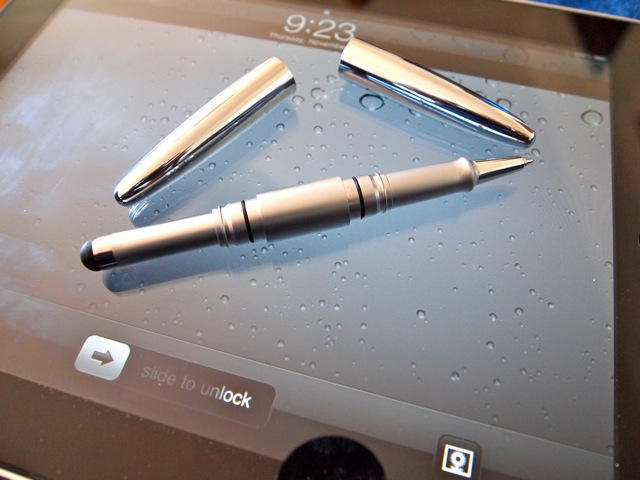