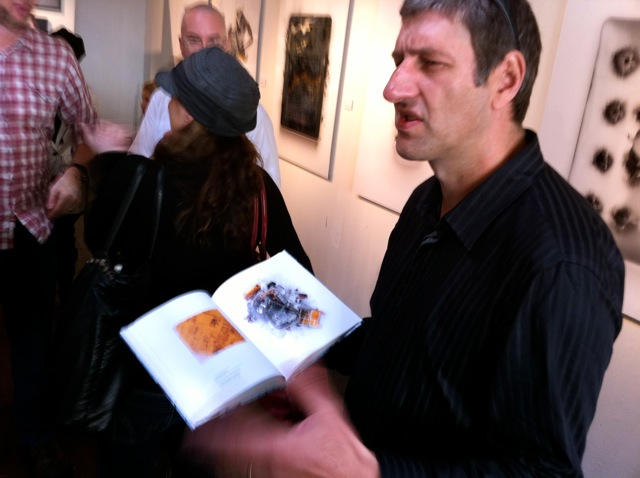 Artist Michael Tompert takes Apple’s products and wrecks them with blowtorches, sledgehammers, handsaws and handguns. His large-scale prints of the detritus are surprisingly colorful and beautiful.

“It’s an alternate viewpoint,” explained Tompert at a preview of his first gallery show, which opens in San Francisco today. “They’re beautiful inside. They’re beautiful when you open them up.”

At a preview last weekend, Tompert’s three kids sat on the floor playing with iPhones and iPod touches underneath their father’s artwork. The irony was lost on no one. In fact, it’s our obsession with Apple’s products that Tompert is commenting on. 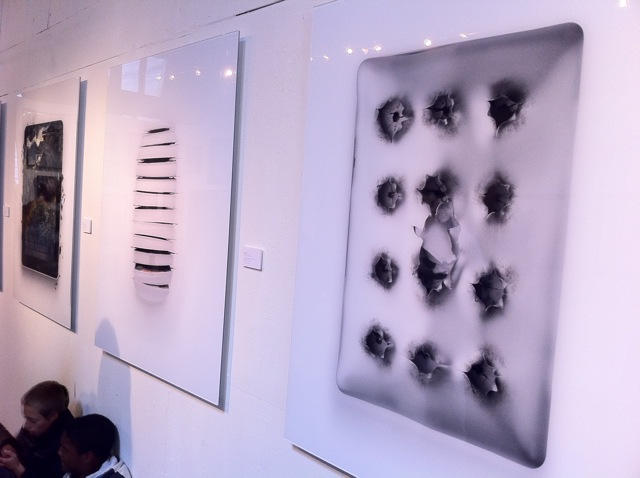 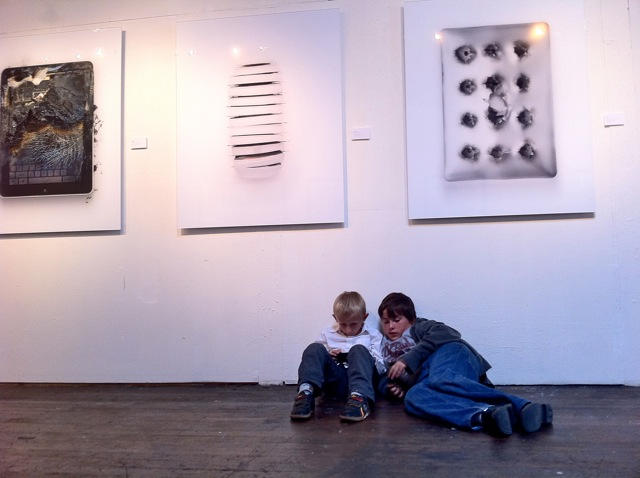 “It’s a testament to the cultural heights Apple’s products have reached,” said Vinnie Chieco, a copywriter who has worked for Apple, as he admired the artwork. “At first you go, ‘Oh no, what did he do?’ But it’s just a damn product. It’ll be obsolete in a year. It makes people think about these things.”

Tompert got the idea after getting his kids iPod touches to play with. They fought over them, so he took them away. Trying to explain that they are only silly gadgets, he smashed one in front of them.

“It was supposed to make them happy but it didn’t,” said Tompert. “I wanted to show them it was a just a thing. They were stunned. The whole house was silent that day.”

Then Tompert noticed that the insides were beautiful. He photographed the wreckage and thought how it would make a nice, big print.

So began a year-long artistic odyssey of paying homage to Apple by destroying its products in creative ways.

Working with his photographer friend, Paul Fairchild, Tompert has the wreckage blown up into huge prints, some four-feet wide or more. They resemble the product shots Apple uses in its advertising, but they sabotage any fetishization.

Tompert has destroyed the iPhone 4, the iPad, iPod nanos and MacBook Airs. It can get quite expensive. He buys all the products new. He got the iPhone 4 on eBay. It had no contract but the screen was cracked. It still cost him $800. He smashed it with an 8lb sledgehammer and called the print “Must Have.”

Check out all 12 pictures here: What Happens When You Shoot A MacBook, And Other Pictures 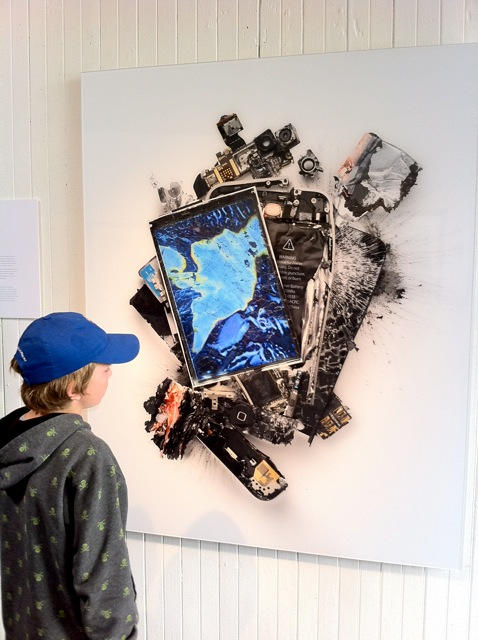 Tompert is concerned about the reception his work will get at Apple. After all, he’s an ex-Apple employee. “No offense is meant,” he said. “It’s not disrespectful.”

Chieco said Tompert shouldn’t worry. The work is obviously homage. “I wouldn’t be surprised if Steve Jobs bought some of these and hung them at Apple,” said Chieco. “He should also commission them when Apple brings out a new product to say, ‘Its done. We’re on to the next thing.'” 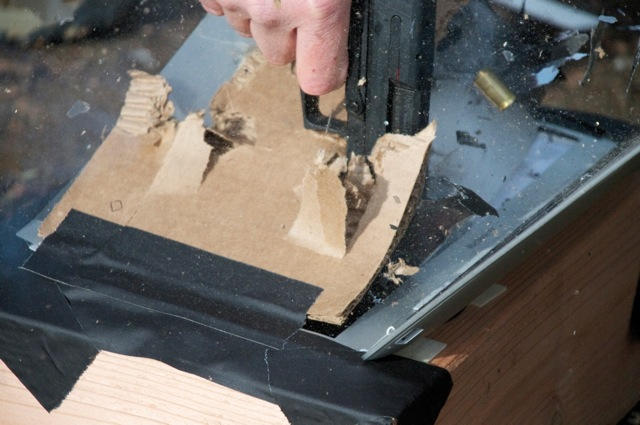 The Making of “Breathe” 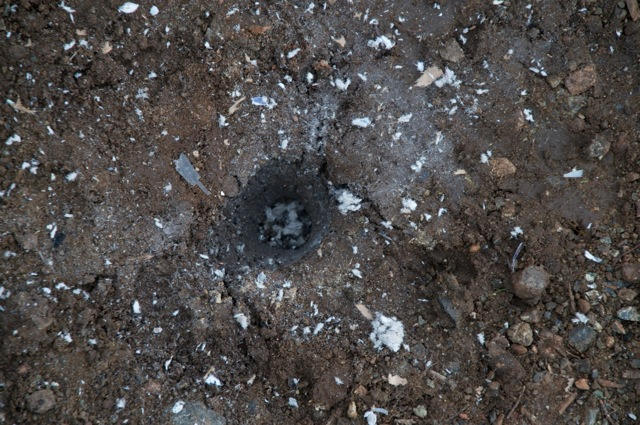 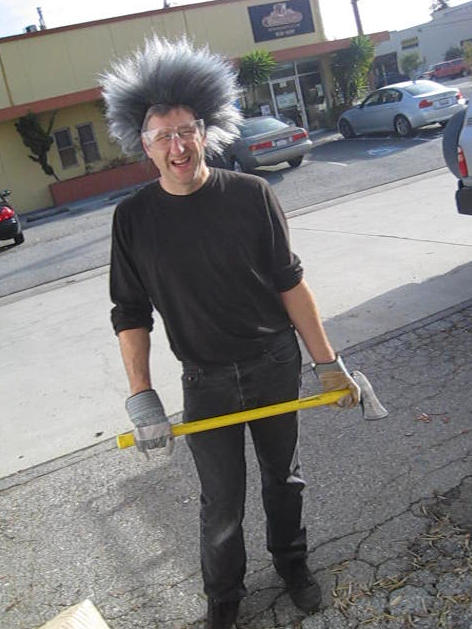 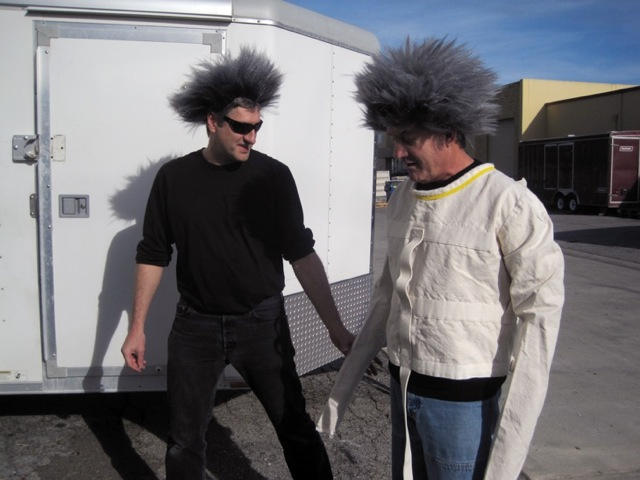 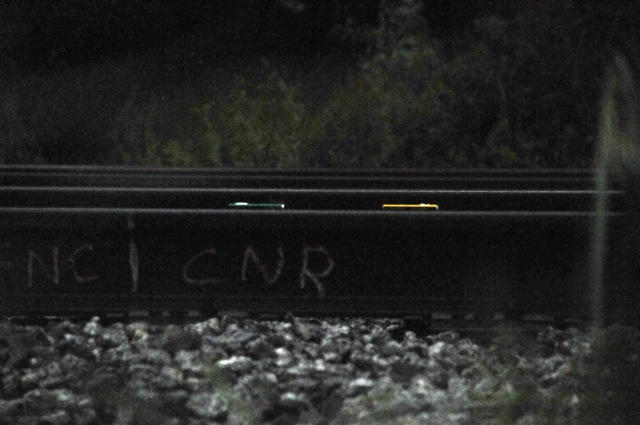 Caltrain fatalities to be 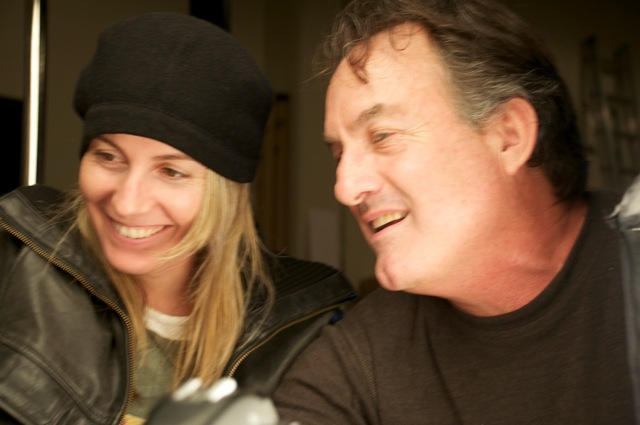 Paul and Montse at the studio 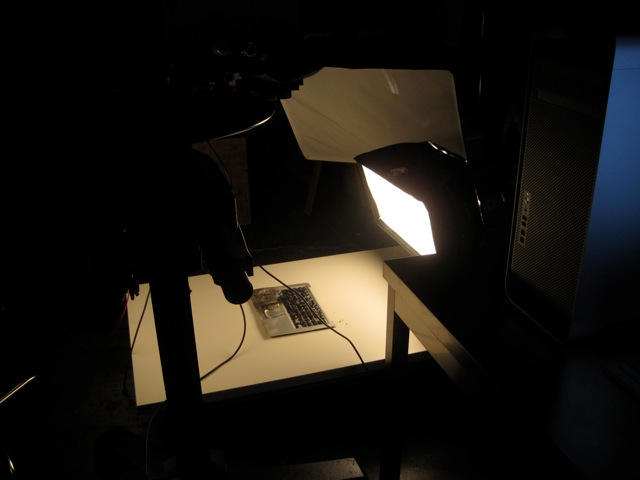 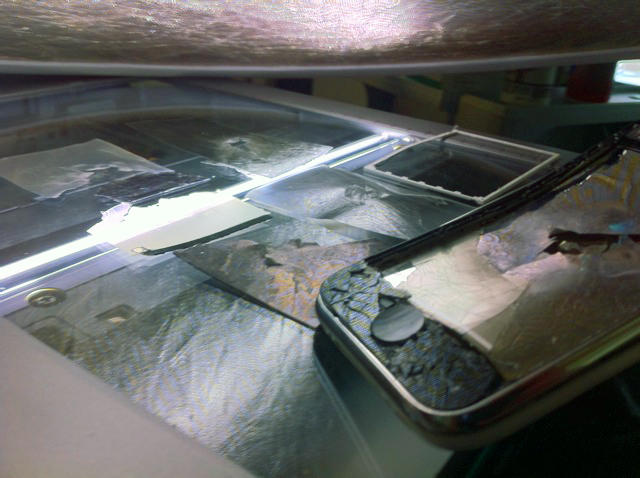 The iPhone screen fragments on the scanner bed 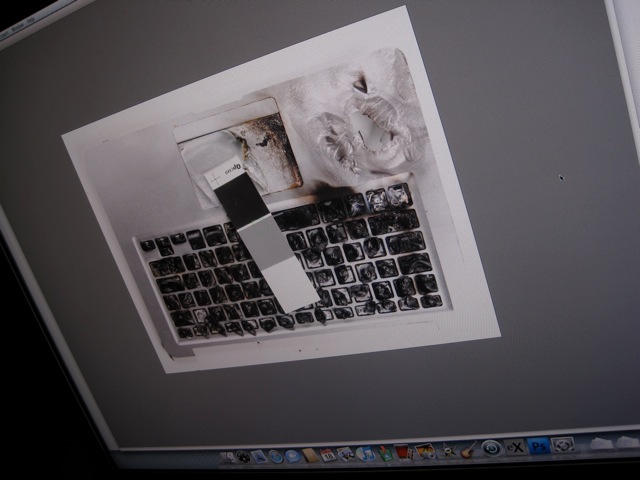 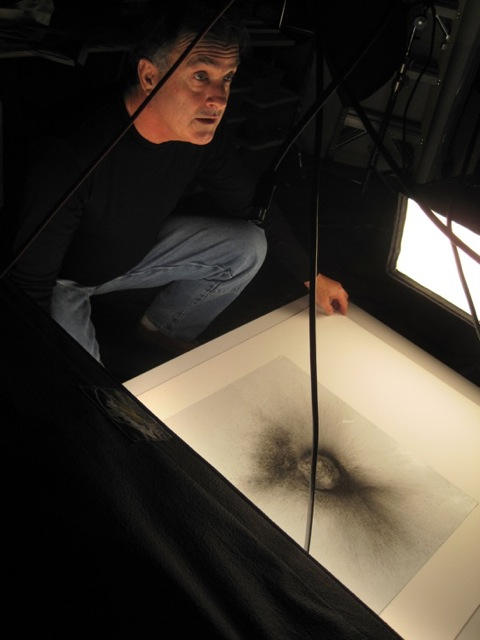 The blast on the camera stage 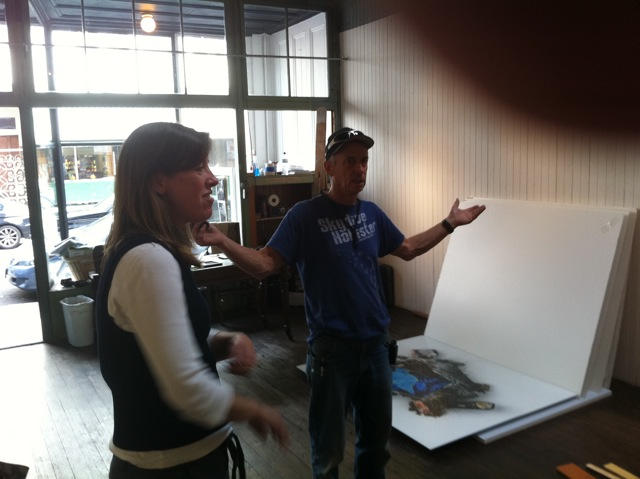 Installation, Diane Eames and John King figuring out the details 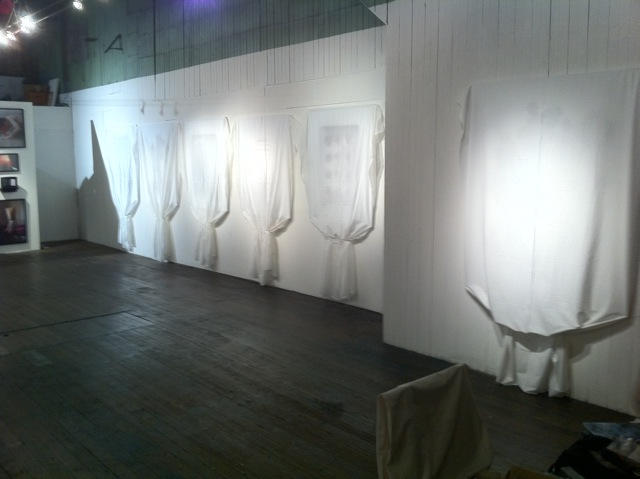 Shrouded until the opening 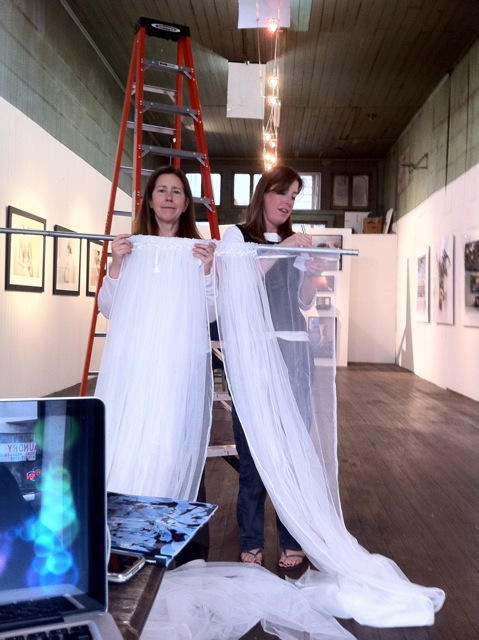 Kate Chase and Diane Eames working on the welcome