With the release Thursday of 5.0 Beta for Mac OS X, Internet communications giant Skype took a big step on the path to aligning the Windows and Mac versions of its flagship calling platform.

Mac users who’d grown used to the modular UI of previous versions may find the new, more unified interface arresting initially, but there’s no question Skype designers have brought their software well within the confines of the “iTunes” UI model and new Skype for Mac users, should there be any left on the planet, ought to feel right at home from the get-go.

The big news with the new release is support for group video calling, for which Skype borrows from Safari’s curved pane effect to display the feeds of individuals on a group call, with the more important feature being that it just works.

Another nice new feature is the unobtrusive little call control bar that stays on the top layer of a user’s monitor when accessing documents or other software on the desktop becomes necessary during a call. This is a big improvement over 2.8, which kept the entire main Skype window active in similar circumstances. 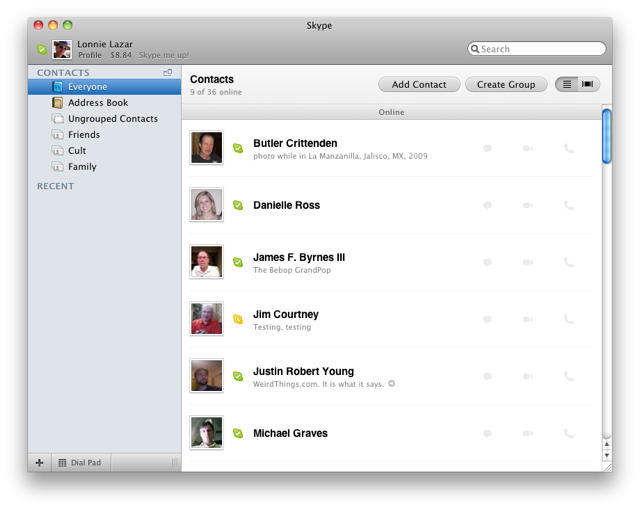 Perhaps not as important from the casual Skype user’s perspective, showing Address Book contacts and the ability to add other telephone numbers (landlines, mobile phones, etc) to a Skype contact’s profile — and to call those numbers with a click in the contact pane — will be a new feature that power users find quite useful.

All and all, based on limited testing so far, it appears Skype has listened to Mac users who have long felt isolated from the Windows dominated world of Skype’s billions of users. But since Thursday’s release is designated a Beta, it may be worth noting and hoping that some missing features available to Windows users could make it into a subsequent iteration of the Mac product. 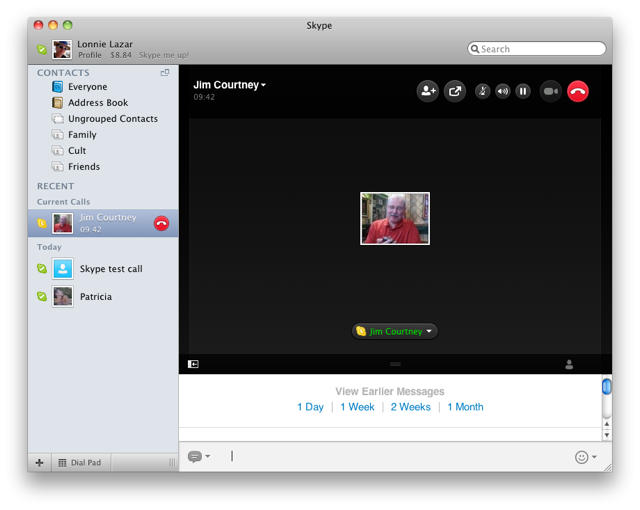 That said, there are a couple of little features that feel nice, such as the ability to access a window that just shows contacts currently online: 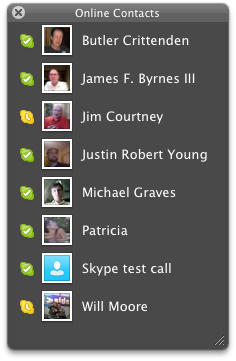 And there is a setting called Compact Sidebar, accessible from the View menu, that removes avatar icons from Recent call history in the left sidebar, which makes for a nicely uncluttered look and feel: 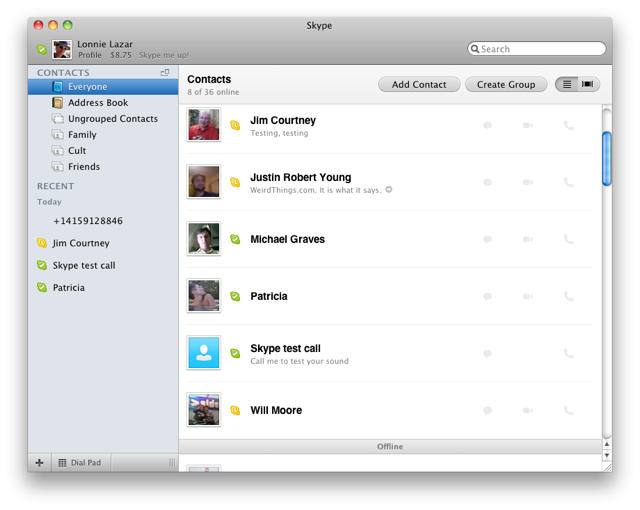 Internet communications have come a long way in the past few years and Skype has certainly been in the vanguard developing a product that delivers the future promised decades ago to both consumers and businesses. It’s nice to see the company paying attention to the experience of Mac OS X users.

Be sure to chime in in comments if you’ve begun using the Skype 5.0 Beta for OS X and let us know if you’ve found any features missing not mentioned here.