This week we enjoy lots of new iOS 13 updates and a new super-accurate moon-phase complication for the Apple Watch. Then we add things up with the most comprehensive calculator ever made, and exhume the body of hipster photo app Hipstamatic.

Moon++ adds an accurate moon-phase complication to the Apple Watch. The Watch already has a built-in Moon complication, but Moon++ shows you the Moon as it actually looks outside. That is, it doesn’t just represent the current amount of moon showing — it also gets the orientation correct. The view adjusts depending on the time, and where in the world you are. You can add it as a complication, or view it in the app, complete with (in Apple Watch Series 5) compass support.

Every time a new version of iOS ships, we’re waiting for apps to add support for the new OS-level features. And every year, one of the first apps to support everything is PCalc, the venerable calculator app with a long Mac and iOS history.

This update adds Dark Mode, and auto mode switching, for both the app and its widgets. It also supports the new iOS 13 Siri Shortcuts, which allow direct communication between apps and shortcuts. 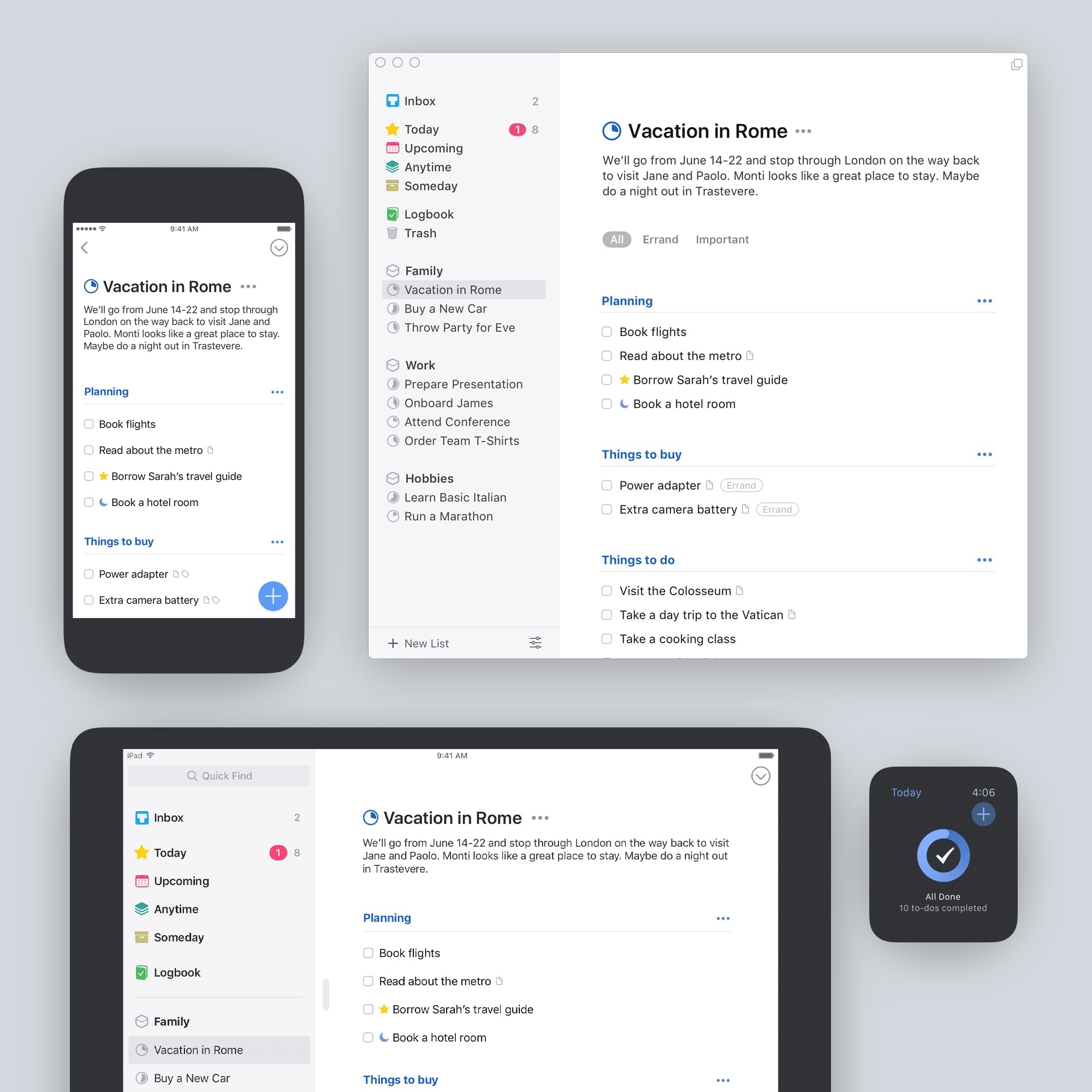 One of the best to-do apps around just got even better. With Things on the iPad, you can now use multiple windows, enjoy auto Dark Mode, better reminders import, a new Today/Home screen widget, and improved drag and drop.

This last feature — drag and drop — is my favorite. Now, you can drag items between lists (not previously possible except when first dragging an item into the app), and you can drag multiple tasks at the same time.

Ten years after it brought grungy filters and a hard-to-use interface to iPhone photography, Hipstamatic is back. It’s now called Hipstamatic X, and it’s … well, it’s more of the same, really. There are filters, and a club membership is required to get access to all the new features.

Here’s the PR blurb from a promo email I got:

We’ve made it more retro, more analog, and less social than ever! Kind of the opposite of everything that Apple and Google are doing with computational photography.

The opposite, if you don’t count the machine-learning-powered Eazy-Auto filter, I guess. It comes out Tuesday, October 1, but you can preorder it now.

There’s not much in this GarageBand for iOS update, but it’s worth a mention because it adds support for external USB drives, whether they’re thumb drives, hard drives or SD cards. The app can now open and work on a project connected to your iPad via USB-C (or the correct Lightning-to-USB adapter).