So now we know that OS X 10.7 Lion will be released next summer, and that many of its features will be based on the loop of feedback Steve Jobs described: the Mac influenced the iPhone, which influenced the iPad, which is now influencing the Mac once more.

Or to put it another way: expect lots of iOS-style controls, widgets and designs in Lion.

If you looked closely at the demos in yesterday’s presentation, you might have noticed one or two little details that offer hints of what’s to come.

Here’s one from the iPhoto demo. Phil Schiller is showing off new features in iPhoto ’11, and he’s talking about sharing photos by email.

He clicks on a “Share” icon – does it look familiar? Of course it does. It’s straight out of iOS.

So is the little panel of buttons that pops up after he clicks. Large, rectangular buttons with a more flattened appearance.

I think “flattened” is a word that sums up quite a lot about Lion. Look at the scroll bars in iPhoto ’11: 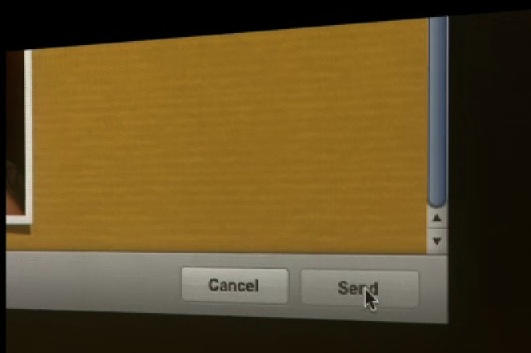 Notice the buttons at the bottom of iPhoto’s full screen view:

Again, straight out of iOS.

I think these are pointers to Lion. This is what 10.7 is going to look like and feel like.

Number of comments on this postLeave a comment
Posted in: News Tagged: back to the mac, lion, OS X, ui