Yojimbo users, here’s the news you’ve been waiting for.

Yojimbo 3.0 is out today, and with it comes a companion iPad application that lets you take your Yojimbo database to go.

It’s the first iOS application from the team at Bare Bones.

Yojimbo 3 has two big new features. The first is a built-in scanning tool, so you can quickly import paper documents from supported scanner devices.

The second new thing is automatic sync between desktop and iPad versions of Yojimbo.

The first time you sync, you have to pair the two up with a four-digit code (rather like pairing Bluetooth devices). After that, your desktop data will be synced to your iPad automatically every time you open the iPad app.

The app supports all the data types you can store in Yojimbo, including encrypted items (which you can still view inside the app when you provide the correct password).

What you can’t (yet) do with the iPad app is create or edit stuff.

I spoke to Bare Bones’ boss Rich Siegel and asked him why not.

“Two-way data sync is a complicated problem to solve, but we do intend to solve it in time,” he said.

“There are certain things that iOS doesn’t support yet, but when it does, we shall make use of them.”

“Dropbox works great for files and I use it myself,” said Siegel.

“But it’s not so well suited to object model on which Yojimbo is based. And while we admire Dropbox and what they do, we don’t feel comfortable entrusting our users’ valuable data to any third-party service, because as soon as you do that, you create risk of data loss or damage. And we want to avoid that.”

Finally, I asked him why Yojimbo was made just for iPad, and not smaller iOS devices.

“The iPad is a better fit for the stuff we do than the iPhone. I mean, you can read PDFs on an iPhone but it’s not much fun.” 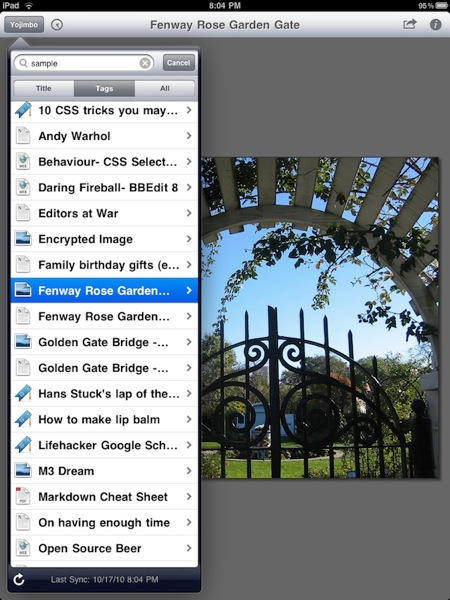 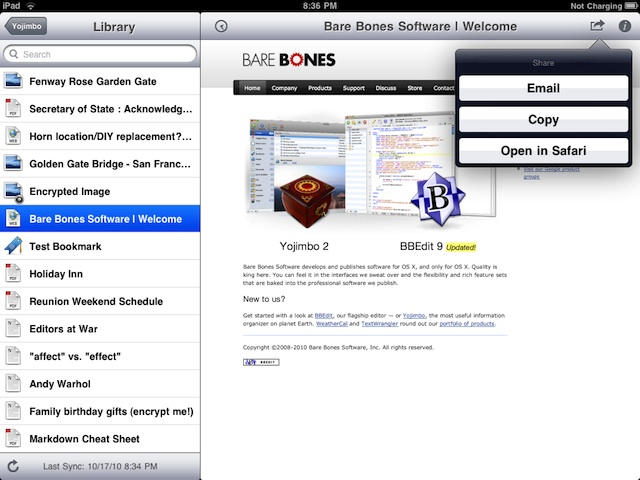 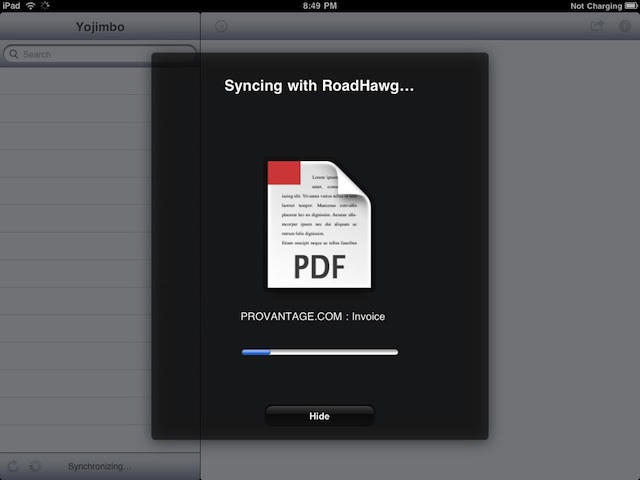 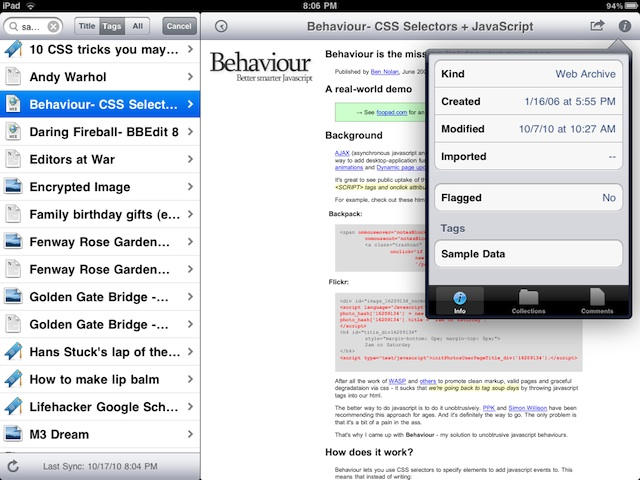