Apple finally ends Safari support for Adobe Flash
This Command key shortcut will change how you use your Mac
Why TikTok could become Apple Music’s scariest rival
Apple says EU’s potential charging cable mandate ‘stifles innovation’
A brand-new Tetris game is already out on iOS
Get this powerful VPN protection for up to 10 devices — on sale today! [Deals]
How to make music like the Apple fan who made Steve Jobs dance
Today in Apple history: Macintosh Office gets down to business
How to block privacy-invading read receipts in email
Get 77% off great Just Mobile accessories for iPhone, Apple Watch

George Hotz a.k.a GeoHot has released the Mac version of limera1n, his 1-click jailbreak solution. However, it will NOT unlock the device, enabling it to be used with different GSM carriers worldwide.

It is pretty easy to use and worked perfectly with my iPhone 4. Besides the tool, there’s a limera1n application that gets automatically installed on the iPhone after jailbreak, which gives you option to install Cydia.

Here’s see how it works.

Now, let’s get started with the procedure: 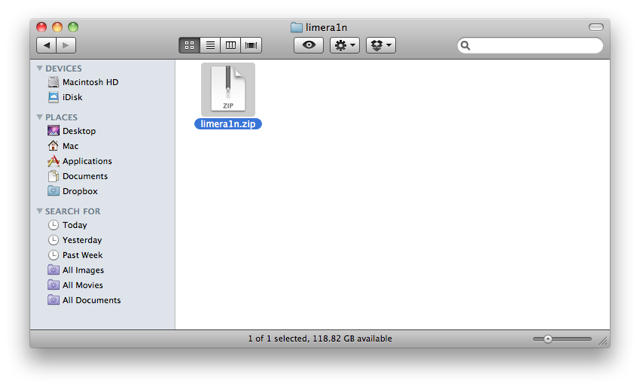 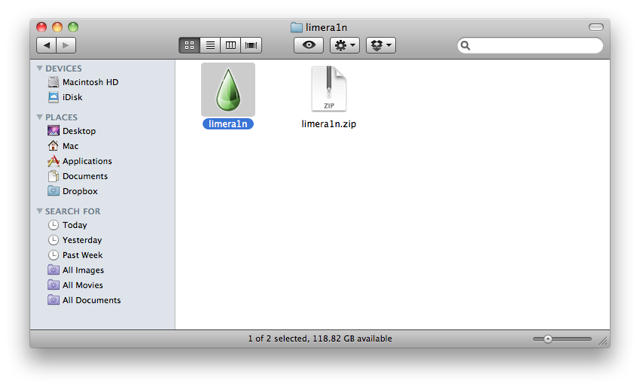 2. Make sure your iPhone / iPod Touch / iPad is attached to the Mac and click ‘make it ra1n’. NOTE: This will NOT unlock your iPhone (enabling it to be used with other carriers).

3. Limera1n will tell you that the device is booting into Recovery Mode. Check the device’s screen and it should turn off and then show an iTunes logo with cable, indicating it is in Recovery Mode.

4. Limera1n will now ask you to ‘hold home + power’ button and then ‘release power button’. After this, it tells you that the device is in DFU mode and you will get an image of limera1n logo on your device’s screen. 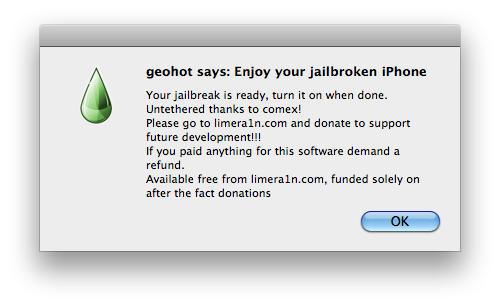 6. When the device reboots, make sure you have an active internet connection on it.

7. Navigate to the last page of the device’s springboard and open the limera1n app. NOTE: The application icon might appear blank but there’s nothing to worry. 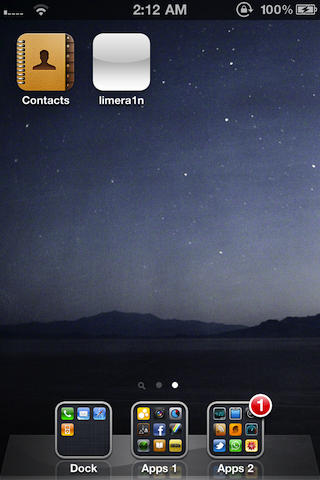 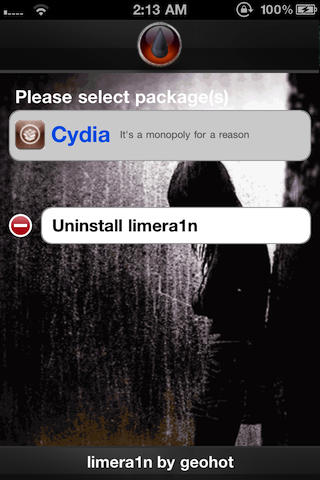 8. Now select Cydia and tap on ‘install’ button in the navigation bar. It will now download Cydia and then re-spring (refresh). 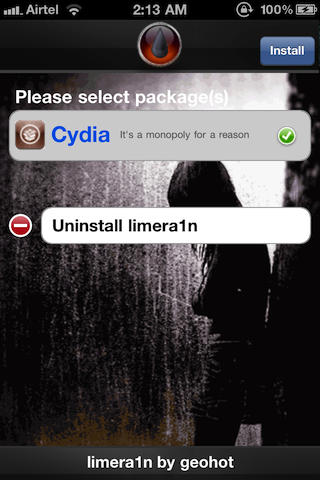 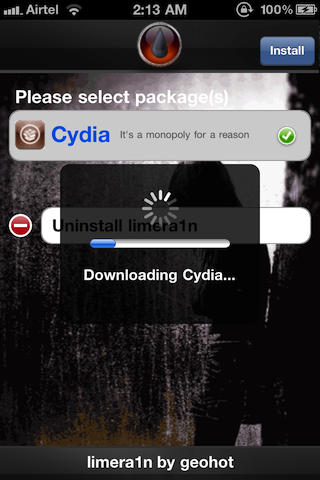 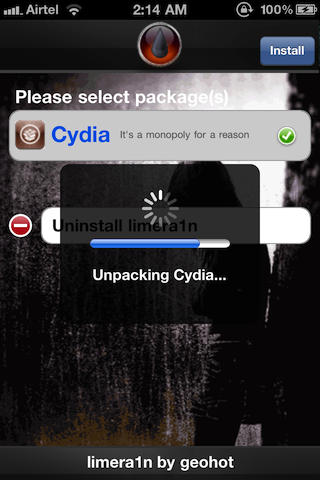 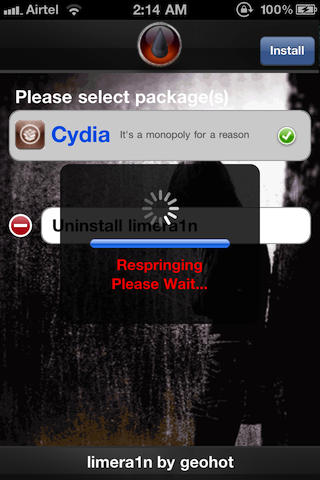 9. After the device re-springs, you will have Cydia installed. Congratulations! Your iOS device is now successfully jailbroken. 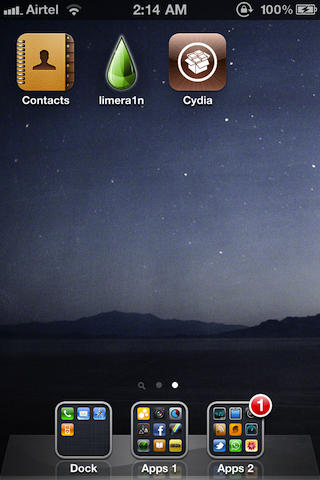 10. If you want to remove the limera1n application from the device, open the application again and tap ‘Uninstall limera1n’, this will NOT undo the jailbreak by any means. The device will now re-spring and you will no longer have the application.

All the credit for the great tool goes to George Hotz a.k.a GeoHot and comex for the untethered exploit.