Apple had plans to deliver a phone long before Steve Jobs took to the stage of Macworld 2007 to show off the iPhone.

Around 14 years earlier, the company previewed a prototype device called the Wizzy Active Lifestyle Telephone, or the WALT, which combined a telephone and fax machine into one.

Here’s a rare look at the prototype that shows just what WALT can do.

Apple developed a number of precursors to the iPhone. Newton, one of the world’s very first personal digital assistants (PDA), is perhaps its most famous one. But years before that, there was WALT — and it was incredibly advanced for its time.

WALT shares a lot in common with iPhone

WALT was first introduced by Apple at Macworld Boston in 1993. The device was a fax machine combined with a telephone, which isn’t particularly special, but it was also much more than that.

Just like the iPhone, WALT had a touchscreen which allowed you to access its built-in address book and take notes. It even offered a primitive form of online banking, customizable ringtones, and more. 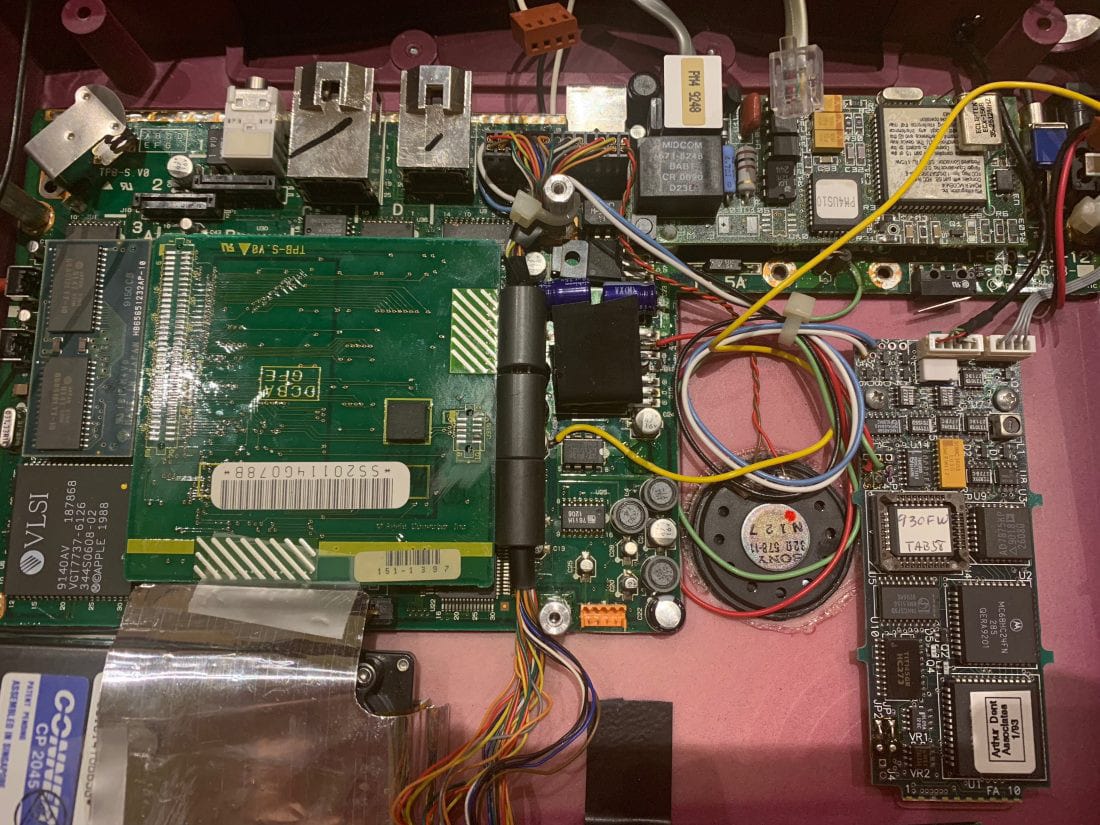 WALT was powered by Mac System 6 and made from repurposed PowerBook 100 parts, so it was more like a computer than a traditional fax machine. Apple developed it alongside BellSouth.

Apple ultimately decided to scrap WALT before releasing it (like AirPower), so not a great deal is known about the device today. But thanks to Sonny Dickson, we can now enjoy a video of a prototype WALT in action.

The four-minute shows off some of the machine’s features, including its address book and fax settings.

“W.A.L.T. is as a classic Mac blended with a Newton and a desk phone,” Dickson describes. “It features a full array of the typical interface ports of its time, featuring SCSI, VGA out, and external audio.”

This particular WALT also came with a user manual that explained it was a prototype, and contained “unusual” instructions. Those include “Do not use WALT near water” and “Do not drop WALT.”

WALT was impressive in 1993

WALT might look like a relic in 2019, but back in 1993, it would have seemed much more impressive. It was certainly more advanced than other fax machines.

Another rare WALT prototype sold on eBay in 2012 for a staggering $8,000. We’ve seen pictures of the device before, but as Dickson points out, this might be the first time it has been captured in action on video.