This week’s must-have iOS games include the awesome new Real Soccer from Gameloft, which features gorgeous high-definition graphics optimized for the retina display. We also have their long-awaited Gangstar sequel, Miami Vindication, and some seriously addictive gameplay in ngmoco’s We City.

Check out a few of our favorite games from the past week after the break!

I’m a huge fan of soccer games, and Gameloft’s Real Soccer has always been one of my favorites for iOS. None have been as impressive as their latest offering however, as Real Soccer 2011 runs circles around its predecessors with some awesome new features. It’s incredible high-definition graphics and fluid player animations make it the best looking soccer game yet, and the new online ‘playerbase updates’ keep your game up to date with the most recent player transfers and team lineup changes, with regular online updates. You can also share your favorite goal replays with you friends over YouTube with direct uploading from within the game. A must for any soccer fan – you won’t be disappointed. Check out the trailer above if you’re still not convinced. 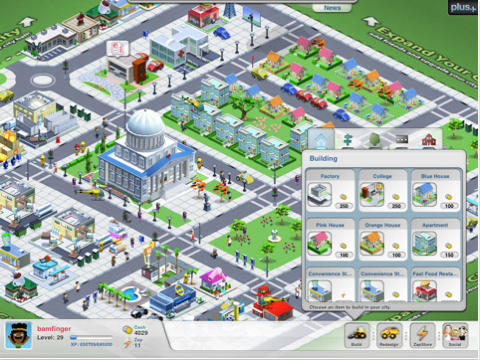 Some of the most addictive games I’ve played on iOS have been ngmoco’s We Rule and We Farm online empire builders. Their latest is We City, and it puts you in charge of creating your own city from over 100 unique buildings and decorations. You have complete control to build the city of your dreams with cafes, salons, apartments, hospitals, hot dog stands, and more. Fresh content is added regularly, and the facility to earn coins and level up with XP keeps you addicted to the game. The Plus+ gaming network is also built-in, just like the previous games. Probably one of the most enjoyable free games available at the moment. Although We City is for both iPhone and iPad, it’s not actually a universal game; you’ll need to download a different version for each device. 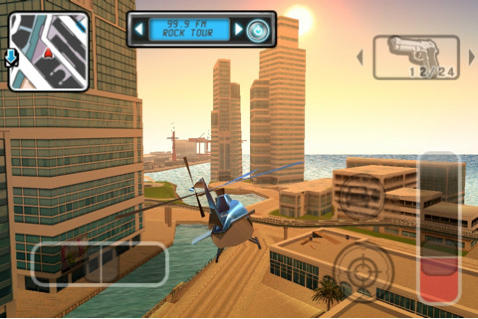 Welcome to Miami and the next instalment of Gangstar. Featuring more than 75 varied missions, tons of new vehicles and weapons, and a deep storyline co-written by a scriptwriter from the TV show The Wire. Miami Vindication offers hours of exciting gameplay set in a massive virtual reconstruction of Miami that includes Miami beach, the harbor, Miami bay and the swamps. Live the Miami gang life in a thrilling adventure to liberate your younger brother who’s been kidnapped by the Armada gang. The graphics are optimized for the retina display and look fantastic. Fans of the first Gangstar are sure to enjoy this one! 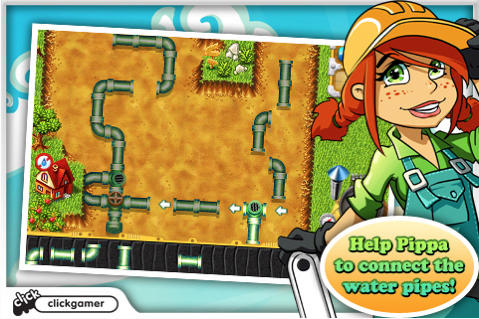 PipeRush is a frantic puzzle game from Clickgamer.com in which you help Pippa connect underground pipes to deliver water to the townsfolk in a race against the clock. With a variety of 15 different pipes over 15 levels, you’ll be challenged as you attempt to find the correct configuration and solve each puzzle. Try to earn each of the 20 achievements and compete for the best score on the online leader board with the built-in Crystal game network. Great fun and very addictive; a bargain at $0.99!

What’s your favorite? Let us know in the comments!