Google Voice apps have had a chaotic history appearing in and then disappearing from the iTunes App Store. The “official” excuse was duplicity of iPhone features, but now it looks like Apple is putting all these excuses aside by allowing, Andrea Amann’s, GV Connect app into the App Store.

The app is on sale now for $2.99 (users outside the U.S. are reporting problems with the app in their iTunes reviews) and it will support Google Voice calls, SMS, and voicemail. These are the things that apps like this were originally rejected for. Why the change of heart? 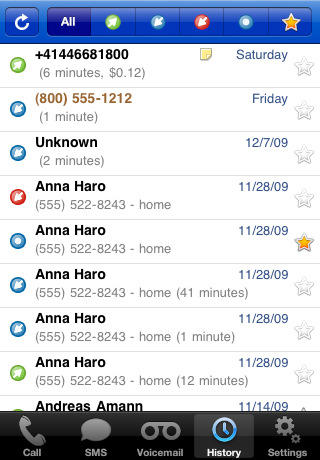 Apple did relax some developer policies recently and this is the second example I’ve seen today that shows the effect of these changes. The first one was the release of the Commodore 64 emulator with the BASIC interpreter intact. So it looks like Apple is changing its mind about these prior rejections.

I hope that these improvements continue and that we see many more like this (i.e. Palm OS emulation), but more importantly that they stay around and don’t disappear like they did last time.