Visually, the new iPad Pro brings back some of the design elements of the original 2010 iPad, especially noticeable with the flattened edges for the device. But how does it stack up in terms of computing power?

Frankly, it blows the original iPad out of the water — which is exactly what you’d expect from 8.5 years of Moore’s Law and engineering prowess. But some of the stats are pretty mind-boggling. Here’s how the 2018 iPad Pro measures up to the O.G. iPad: 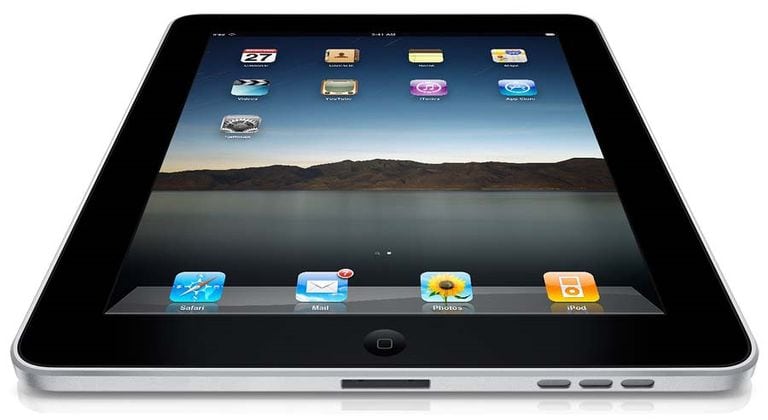 As analyst Horace Dediu noted on Twitter, the new iPad Pro is 50 percent thinner than the first iPad. The 2010 original was half an inch thick, compared with this year’s 0.23 inches.

This year’s model is also 30 percent lighter, tipping the scale at 1 lb for the 11-inch model and 1.4 lb for the 12.9-incher. The original weighed 1.5 lb for the Wi-Fi version and 1.6 lb for the Wi-Fi and 3G edition. (Plus, bear in mind that it was an overall smaller device in terms of footprint!)

As far as CPU goes, this year’s model is 35x faster, while — as was pointed out during yesterday’s keynote — it can process graphics 1,000x faster. In terms of pixels, the Retina display offers 5x the number of pixels, next to the 2010 iPad, with 25 percent greater color saturation, and 50 percent brightness boost.

Of course, in practical terms you’re more likely to want to compare this year’s iPad Pro to last year’s one — whether you’re thinking of upgrading or just want to know if you should pick up one of the older models for a bit less. To help with that, check out our handy guide right here.

But this is certainly an amazing bit of evidence concerning just how quickly technology develops. These are amazing stats, just like the fact that a midrange iMac Pro comes with 11x as many bytes of electronic memory as every single combined Apple II unit that Apple ever built.

Still, if you’re after a headphone jack, maybe the original iPad is a better fit for you than the new iPad Pro!