Since Apple released iMovie for iPhone, the rumor mill’s been chattering about when we can expect other iLife apps to make an appearance. If Apple was considering GarageBand for iOS, it may as well not bother, because NanoStudio‘s not only beaten Apple to it, but it offers functionality and usability that in some ways puts it ahead of the Cupertino giant’s desktop music app.


NanoStudio is a recording studio in the palm of your hand, combining sampling, sequencing and mastering. You can record in real-time, draw MIDI tracks, mess around with drum patterns and live synths, and add effects. And when you’re done with your masterpiece, you can spit the entire lot to your PC or Mac over Wi-Fi as a mixed-down WAV.

I’m a big GarageBand fan, but NanoStudio has me floored. There’s so much power under the hood that the $14.99 (£8.99) price-tag seems extremely reasonable. It does require a lot of effort to get something good from the app (anyone wanting to just muck about for a few seconds with a drum pad or piano should steer clear and download some of the myriad cheap-and-cheerful freebie instruments), but it’s definitely worth putting in the effort. 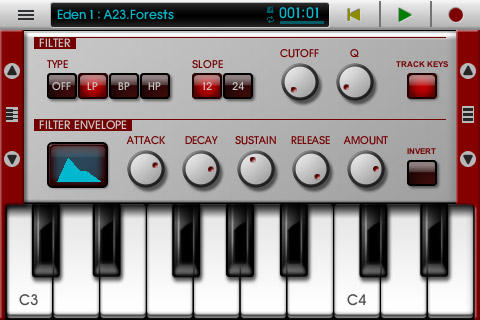 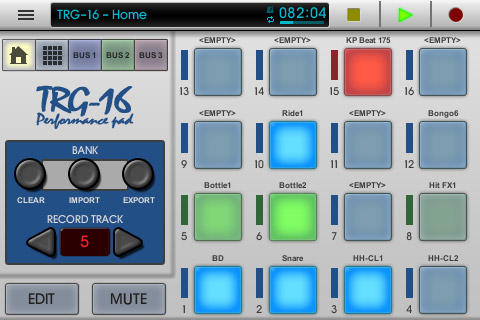 Wanting to find out more about the app, I asked Matt Borstel a few questions and he was kind enough to provide insight into the development of NanoStudio, along with his exciting (especially if you own an iPad) plans for the future.

What does NanoStudio do, and why did you decide to create the app?
Matt: NanoStudio’s a mini electronic music recording studio integrated into a single app. It has four synths, 16 pads for triggering samples, a sequencer, a sample editor, a mixer and a number of effects such as chorus, delay, waveshaping and reverb. Before I started developing NanoStudio, I’d tried out many existing music applications and although many of them were good in their own right they always lacked the ability to take my ideas further. NanoStudio was my attempt to address this, enabling musicians to take their original idea and develop it into a finished song.

What were the challenges in creating the app? How did you make it usable for mere mortals?
Initially, I thought that the biggest challenge was going to be how to crowd so much functionality into a single app without overloading the iPhone’s CPU or memory. After several rounds of optimization, I realised that this was completely possible (even for older hardware) but then the far greater challenge became how to fit it all onto the iPhone’s screen without frustrating users.

I decided to avoid overly designing the UI up front and instead let it evolve throughout development. Since I was solely responsible for the code, art and design it meant that I had the luxury of being able to change any part of it at any time. If I was unsure about something I gave it my best shot and then lived with it for a few weeks or so to see if something better would come up. I would never claim that the finished design is perfect, though; things can always be better! 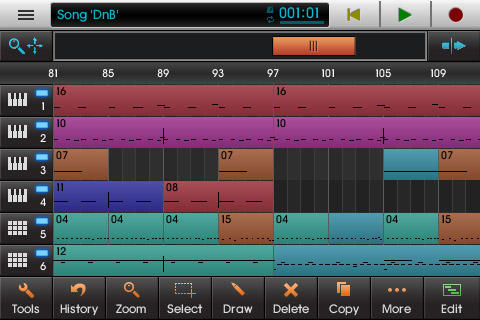 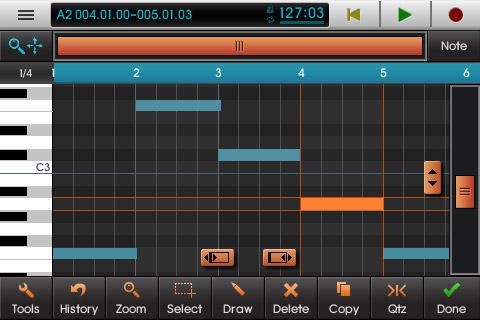 NanoStudio in some ways somewhat strikes me as a mini-GarageBand for iPhone. Did a lack of iLife for iOS in any way encourage you to add certain features? And why did you add the features you did?
I’ve never really been a Mac user, so GarageBand and iLife have passed me by to some extent. I have used musical hardware for 30 years, though, and do have a fair amount of experience with desktop DAWs such as Cubase, so I say that these were definitely an influence when it came to features. The biggest influence overall though was what I’d personally like to see in a mobile music production app.

What’s next for NanoStudio for iOS? Are you planning an iPad version?
Firstly I want to do an iPhone update to add lots of essential import/export features for MIDI, project and audio. After that, it’s going to be straight on with a universal iPad version and support for the iPhone 4’s retina display.

Find out more about NanoStudio at www.blipinteractive.co.uk. The developer’s blog also outlines a little more about the next update. NanoStudio is available from the App Store.