Laney’s new Mini-Laney and Mini-St-Lion are tiny, portable, desktop versions of the U.K. guitar-amp company’s popular full-sized amplifiers. They come in retro and modern styles, and mono or stereo versions. Plus, they can be hooked up to any amp-simulation software on your iPhone using a single cable.

As far as mini tabletop guitar amps go, the Laneys have pretty much everything you’d want. They amplify your electric guitar, or course, and put the sound out through a single mono, or a pair of stereo speakers. The controls for this are fairly standard — tone, level, gain and volume. The main knobs also get a delay function, which is odd to have (you’d expect reverb), but welcome.

But the really interesting part is the extra connectivity. There’s an aux-in socket, so you can use the speakers to play back music from an iPhone or iPod. A headphone jack works great for lonely late-night practicing. You can also run all the amps off batteries. 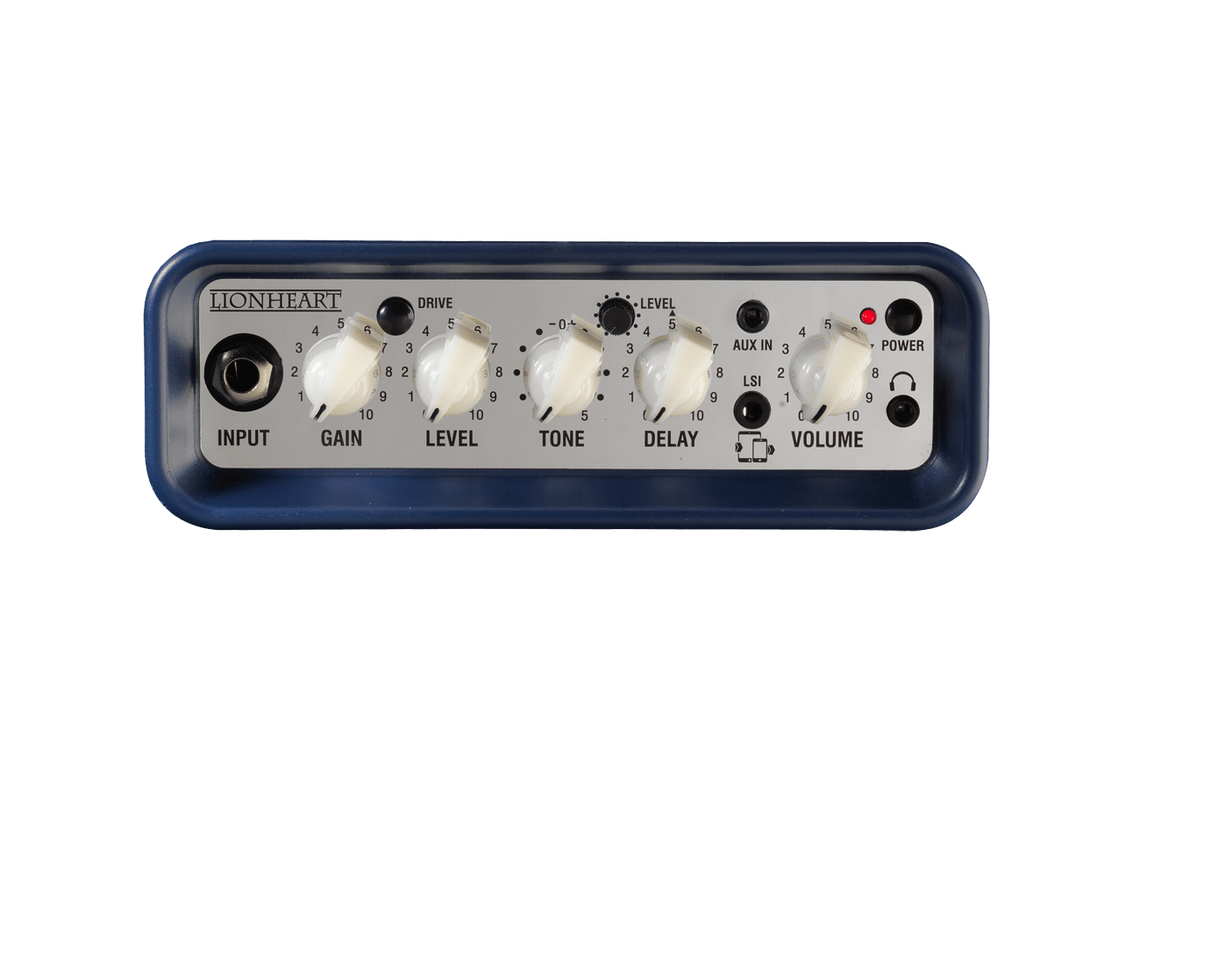 Finally, you’ll find the LSI, or Laney Smartphone Insert, jack. This lets you plug an iPhone or iPad directly into the speaker using the iPhone’s headphone jack (or Lighting-to-3.5mm jack adapter), and use guitar effects apps with the speaker.

It works like this: The signal from the amp is sent to the iPhone, and can be used as an input for any amp-simulation app you have, like the magnificent ToneStack. The amp sim app processes the signal, adding any effects you have chosen. Then it sends it back to the Laney amp down the same wire. Used thusly, you can turn the little speaker into any amplifier available in your apps. It’s powerful stuff, and can give surprisingly great sounds.

The only downside is that the unit uses the analog audio cable to do its stuff. This makes the whole signal chain susceptible to noise and interference.

The best audio interfaces are digital, but I guess including one would have jacked up the price of the little amps. Still, it’s a handy feature that’s worth having for occasions use, and you should also be able to use it for recording the amp’s output.

Speaking of prices, the little Laneys run from around $46 for the mono models, up to $71 for stereo. The cosmetic differences are just that — the only real difference between the various models is whether you choose mono or stereo. The finishes are nothing but decoration on the same internals.