Mastering is the final stage of making a record. After all the playing, recordings, and mixing is done, you send the stereo track off to the best mixing guru you can afford, and they work their special magic, probably surrounded by all kinds of fancy machines.

And while you probably don’t have the experts’ golden ears, or their golden years of experience, now you can have a crack at mastering right there on your iPad (or even iPhone), with Klevgränd’s new mastering app, Grand Finale.

Mastering on iOS with Grand Finale

Mastering is the mysterious part of the audio production process where a song is tweaked and fine-tuned to sound as good as possible, usually across a range of different devices. It’s pretty easy to make a song sound great on a kick-ass stereo, but today most people listen on earbuds, so you have to make it sound good there too.

Mastering is less about big changes than it is about finishing touches. And while the most important part of the process is experience, there’s no reason not to have a go. Especially when Grand Finale costs just $8.

Grand Finale isn’t the first mastering app on iOS, but it does appear to be the most straightforward to use. You can get audio into it from other apps, from iTunes, or even by extracting audio from a video in the camera roll. 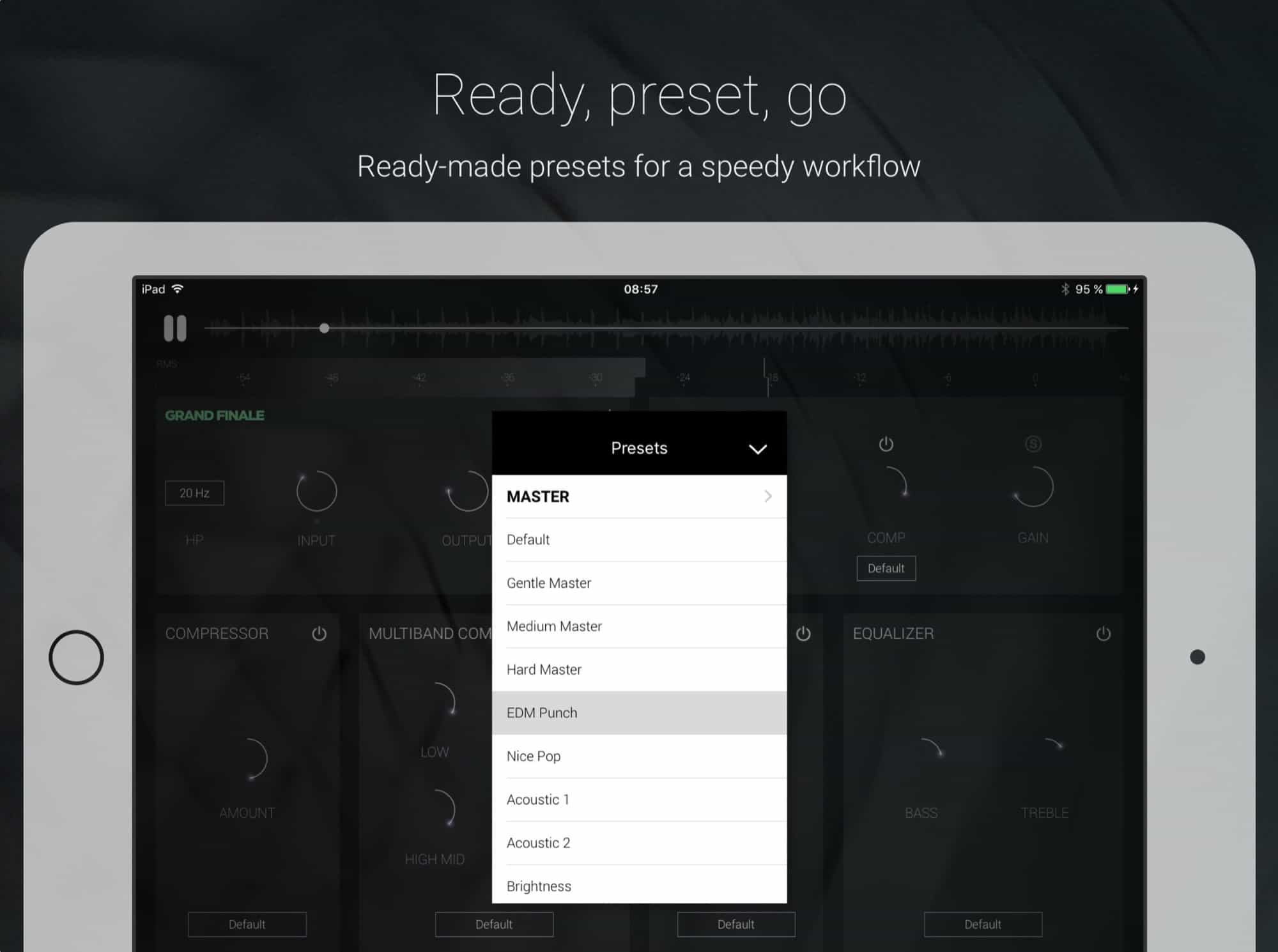 Presets get you started.

Once the audio in in the app, you can process it using several modules — compressors, an equalizer, stereo processing, and more — and 37 “professionally made factory presets” to get things started. Once done, you can export to another app, or save the file.

What might you use this for? Well, mastering is commonly used to set the overall loudness level of a track, so it fits in with other tracks on an album. You can also process vocals to make them really sing, tighten up flabby bass, or make the top end sparkle. You can also compress a track to make it sound louder overall.

If you have no idea what mastering even is, you might want to skip this app. But if you record and mix your own music, it’s definitely worth a look.