Your iPhone makes daily life a lot easier. But when driving, the most you can expect is getting directions. That’s why we’ve rounded up four awesome iPhone car accessories. From smart license plates to wireless charging, speed trap detectors and more, there’s something in here for anyone who wants their phone to be a true road companion. Read on for more details. 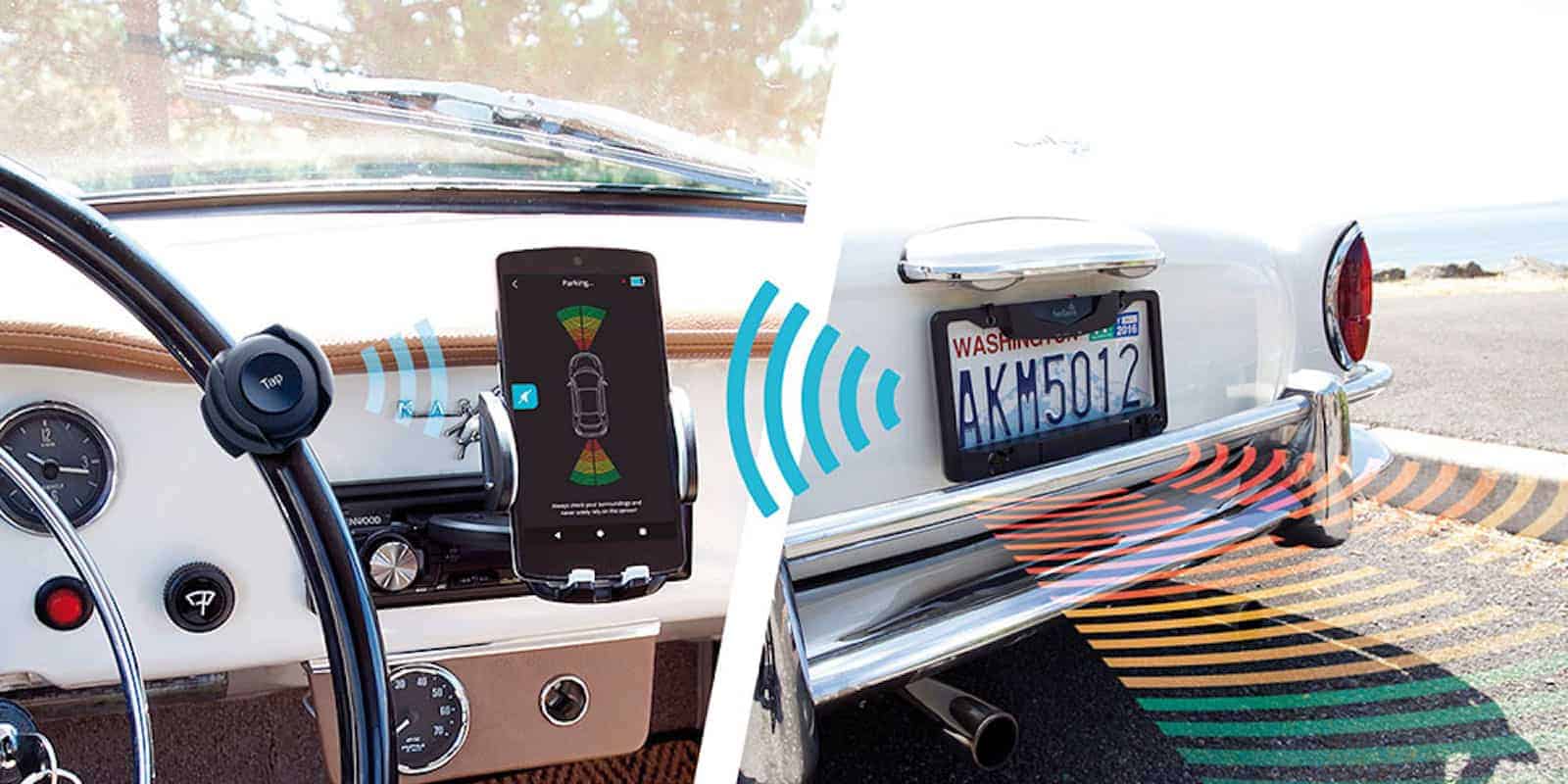 You don’t have to buy an expensive car to get cool features like backup cameras and sensors. FenSens is a license plate-based smart wireless parking sensor. So just install it on your car, which takes about five minutes, and suddenly your phone can show you what’s behind your car. Even better, you’ll get vibration alerts if something moves behind or in front of your car. Additionally, it can prevent theft by tracking the location of your car.

Buy now: Get a FenSens Smart License Plate Frame for $119.99. That’s 20 percent off the usual price.

Wireless charging is the new normal, so it why not have a Qi wireless charger in your car? Compatible with all Qi devices, including iPhone 8 and X and most Samsung phones, this charger sports a 360º rotatable head and a 180º telescopic arm. It mounts directly into your car’s vent, and while it’s totally wireless, there is an included charging cable in case you also want to charge the old school way.

Buy now: Get a Qi Wireless Fast Charging Car Charger for $29.99. That’s a full 70 percent off the usual price.

Keep your eyes on the road and your hands on the wheel with this in-car smartphone grip. Attaching firmly to your rearview mirror, it’s a convenient and easily visible place for your phone. By placing the phone under your rearview, it leaves the road clearly visible. Additionally, this placement makes it easy to hear the iPhone speaker.

TrapTap is a simple wireless button that warns of upcoming speed traps, red light cameras, and more via color coded alerts. Completely legal, it tunes into every red light camera and school zone, backed up by a community of users. So you’ll get an update in real-time when a police or radar speed trap has been set up nearby, potentially saving you a lot in avoided tickets. Not that you ever drive above the speed limit or anything.

Buy now: Get a TrapTap Speed Trap Indicator for $149. That’s 16 percent off the usual price.