If you have an iPad, you will probably need a stand at some point. Unlike the iPhone, which is almost always used in the hand, an iPad is equally good handheld, or on a desk. Thankfully, there are a zillion different kinds of stand and dock to fit almost any need. Today we’ll look at the best non-specialized stands. These are all-purpose docks and supports that don’t pack anything other than clever design, and maybe the odd charging plug.

The Heckler @Rest dock is a 1.5-pound hunk of powder-coated steel that can even hold a giant 13-inch iPad Pro in portrait orientation without toppling. It’s a perfect example of keeping things simple, and doing them right. The unit is completely unadjustable. It’s just bent steel, with non-slip feet, and a pair of peg inserts that the iPad sits on. The asymmetric bend lets you pick whether you want a 30˚ or a 60˚ angle, and you just switch the pegs to the side you want to use.

And that’s it. It’s handsome, it’s minimal, it will work with any iPad, past or future, and you can even route cables through the little gaps in the steel.

Best iPad dock for carrying in your pocket

We first reviewed the Kanex stand in 2013, and it’s every bit as good now as it was then. The Kanex is a smart assembly of three pieces of plastic, and two hinges. This lets it fold completely flat — flat enough for a jeans pocket — and yet open up to form a stand sturdy enough to support an iPad.

We love the Kanex because it’s simple, tough, cheap, and portable enough to carry with you always. It also works well for propping up an iPhone. You get a choice of three angles, 63°, 69° and 75°.

You’ll need to stick to the smaller iPads for the Kanex to remain stable (it’ll hold an iPad pro 13-inch in landscape, but it’ll topple if you tap the screen too hard), but that’s down to it’s tiny footprint, not the strength of the unit. For testimony, the unit that Cult of Mac tested back in 2013 is still going strong.

Best for sharing between iPad and iPhone

Cult of Mac‘s own Ste Smith recommends the Henge Gravitas, a modular desk dock that can be used with any iPhone or iPad thanks to interchangeable inserts.

The bad news is that the Gravitas can’t hold the iPad in landscape orientation, because it has a Lightning plug sticking up from its slot. That may or may not be a big deal, depending on how you use it.

The base weighs in at a hefty 2.54 pounds, so it should be steady even with an iPad waggling around up top. And another nice bonus, especially for late-model iPhone owners, is that there’s an audio jack socket around back so you can hook it up to speakers or headphones, while charging the iPhone.

Twelve South HiRise 2 is similar to the docks that Apple uses in its own stores, in that it use the Lightning connector itself to take the strain. The HiRise 2 adds a supportive back panel so you can stab at the iPhone’s screen while it is docked, something that doesn’t really work with Apple’s version. A back panel supports an iPad, and the elevated position makes it convenient for desktop use.

You may want to avoid larger iPads, though, because the HiRise’s elevation also means that it isn’t too stable with a heavy load.

Moshi’s VersaCover is an iPad case that folds out into a stand so sturdy that it’s better than many purpose-made stands. The gimmick is that the front cover is pre-creased in three directions, so it can fold, origami-style — into a pyramid shape. This pyramid is held together by embedded magnets, and is rock-solid (I’ve used VersaCovers for several years).

There are a few ways that the cover can be folded, and you’ll soon either get used the the official way, or find your own favorite method. One very cool feature is that the VersaCover can bee used in portrait, which makes it perfect for reading news at the breakfast table, for instance. One thing to note — the large iPad Pro version is prone to cracking between the top corner, and the hole for the rear camera. It’s easily repairable with Sugru, but it’s not ideal.

Best stand to blend in with your furniture 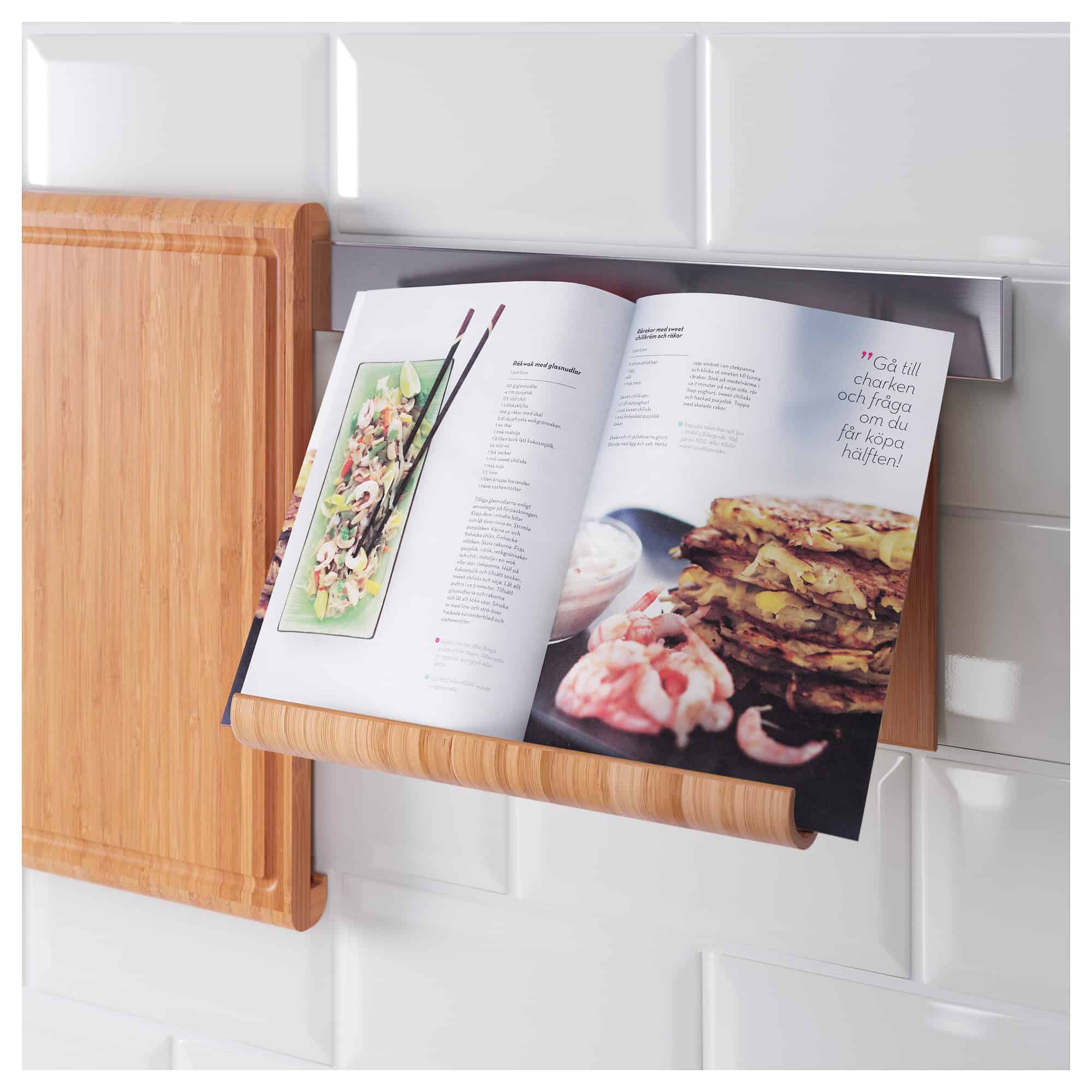 An iPad stand from Ikea? Yes. And it’s surprisingly great. The Rimforsa is bamboo plywood stand, bent to prop up an iPad in the kitchen. But it is also a perfect stand for any iPad, from small to large. If you want a stand on your desk, or in the kitchen, but you don’t want some dorky high-tech styling, then this is for you.

There is one extra feature in this super-simple stand. It comes with a steel hook which fits into a slot on the back of the stand, and is designed to be stuck to one of Ikea’s magnetic wall strips. This lets you hang the stand on the kitchen wall, but you could also just dill some holes and screw it to a wall.

There’s nothing fancy here, though. Just a good, strong stand that will outlast any of the devices you prop up on it.