A wireless expert with ties to Apple’s senior antenna engineer says the company is in a pickle. It cannot fix the iPhone 4 antenna issue without completely redesigning the hardware.

Earl McCune, a leading RF expert — and former colleague of Apple’s Sr. Director of iPhone/iPod engineering, Ruben Caballero (who is in the news today) — says the iPhone’s antenna will have to be moved.

“The only way to solve the problem is to not have your hand within a wavelength of the phone — about a foot and a half away,” said McCune, a RF/wireless consultant, author and entrepreneur. “It’s the law of physics.”


Caballero told Jobs and other Apple executives in early design meetings that the device’s external antenna may lead to reception problems and present an engineering challenge, Bloomberg reports. One of Apple’s carrier partners also voiced concerns about the antenna.

Caballero is Sr. Director Engineering iPhone/iPod at Apple, according to his LinkedIn profile. Before joining Apple five years ago, Caballero worked with McCune at Tropian, a Silicon Valley firm working on efficient wireless transmitters. McCune was the CTO and Caballero was in charge of engineering testing.

“He’s one of the best engineers I ever met,” McCune said about Caballero. “Ruben is a great engineer. If there’s a problem, he’s going to speak up about it.”

“You can’t make it go away completely, but you can minimize it by moving the antenna around,” he said.

The problem for Apple is that the antenna is an integral part of the iPhone 4’s structure. It runs in a steel band around the outside of the handset and is part of the device’s chassis. 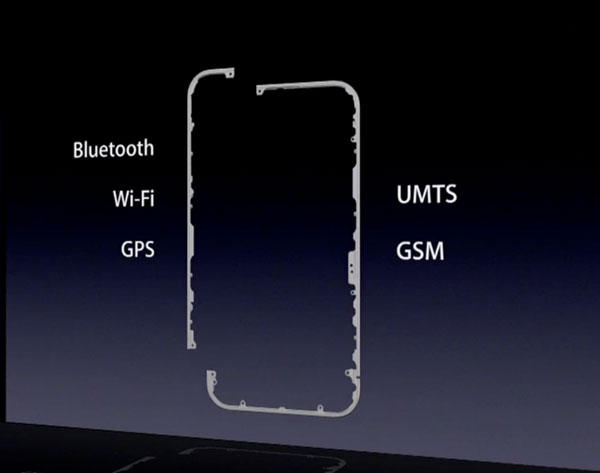 If a user makes a connection between the antennas by placing a finger over the left-hand seam, the so-called “death grip,” it interferes with the signal. Steve Jobs has suggested users don’t hold their iPhones the “wrong” way, or cover the antenna with a rubber Bumper.

However, McCune said holding any cellphone in your hand affects its reception.

“The problem exists in all phones,” he said. “All phones behave badly. Apple seems to be catching the brunt of it.”

Indeed, some older cell phones used to have explicit warnings on their cases: “Do not touch this part of the phone for best results.” The Sanyo Katana, Samsung A900, Samsung
A700, and scores more, all had such warnings, said a former employee of Sprint who contacted CultofMac.com.

“The best thing is to not hold the phone at all,” McCune said. “Use a bluetooth headset and keep the phone in a bag or pocket.”

McCune said the best cell phone antenna design ever was the Motorola’s MicroTac flip phone, which had a retractable antenna that popped out the top. Unfortunately, Motorola’s marketing department deemed the design ugly, McCune said, and it was withdrawn.

“It was an outstanding design,” McCune said. “It worked great.”

The iPhone 4 is Apple’s most successful iPhone introduction ever: Apple sold 1.7 million devices in the first three days.

Apple is holding a press conference at 10AM tomorrow about the device. 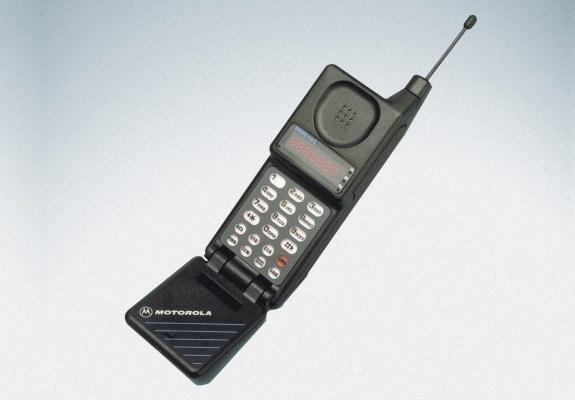