The redesigned App Store has been a boon for developers, based on new third-party data that shows getting a little promotion goes a long way when it comes to downloads.

With the launch of iOS 11, Apple made some big changes to how iPhone and iPad users browse apps in the App Store. App Store shoppers are now greeted by big promotions for the App of the Day and Game of the Day which has become worth a lot of money to developers if you’re lucky enough to be selected.

Research from Apptopia shows that being featured in the spots can increase downloads by 1747 percent for the average app. For games that boost is around 792%.

When an app gets features also plays a big role in download numbers. Apps that were promoted during the week received a bigger boost in numbers than those spotlighted during the weekend. Free apps were also downloaded much more frequently than paid apps. 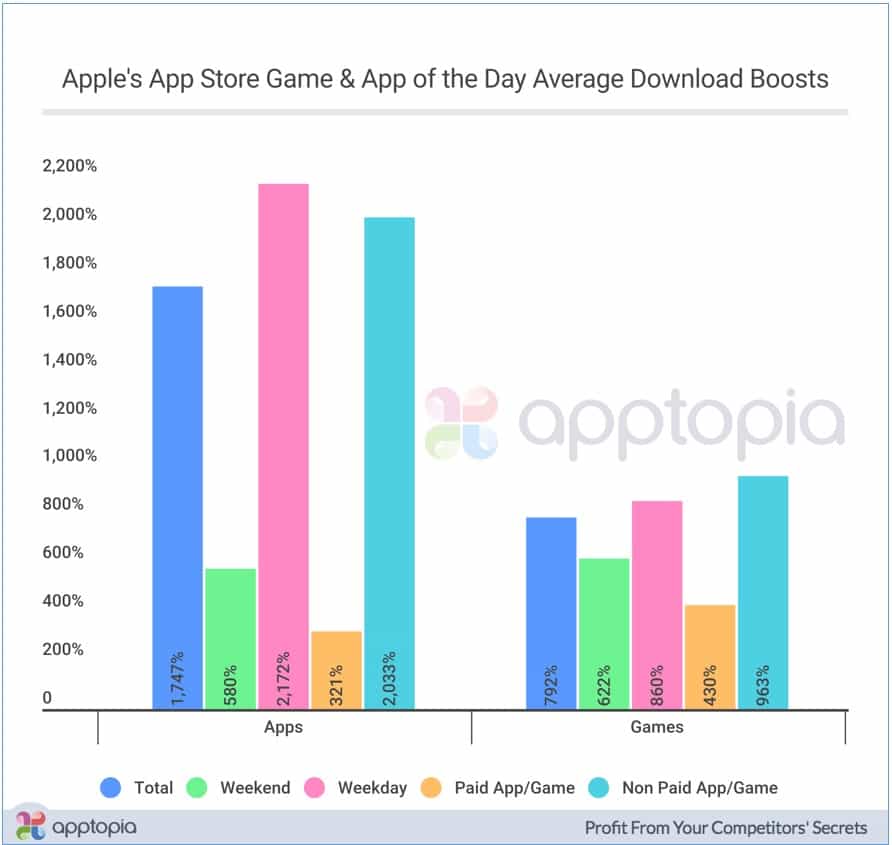 Since iOS 11 was launched, the App Store promotions have shot 19 apps up the charts, going from unranked to somewhere on the top 1000 chart. Apps that were already ranked jumped an average of 321 spots.

Apptopia’s COO Jonathan Kay was critical of Apple’s selection of apps in the report, saying that the company is favoring big apps over indie apps. Apple is under no obligation to promote small developers and even has a section highlighting indie apps, but some of Apple’s picks are already so big they don’t need promotion, like the Starbucks app and Microsoft’s Minecraft.