But now there’s Paris, which definitely makes our bucket list of Apple stores to visit.  The recently-opened store is Apple’s third retail outlet in France and the Cupertino company’s 294th shop. 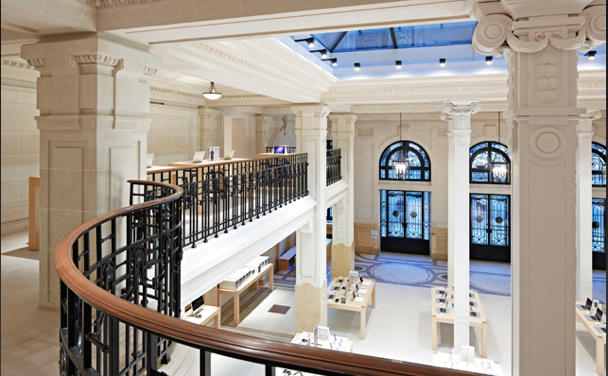 Dubbed the most-un-Apple Apple store, architects dropped the company’s usual glass-and-steel aesthetic in trademark elements like the staircase in favor of wood and wrought iron. Restoration efforts took over a year, and by the looks of the place — a deft juxtaposition of old and new —  were well worth it.

Once home to a bank, the Apple Opera store located at 12 rue Halévy has retained many of its former features including a mosaic tile floor and marble columns.  A central skylight makes it more iPod palace than vault.

The only problem: if we add this to the top Apple stores, which of the other prime shops gets bumped? 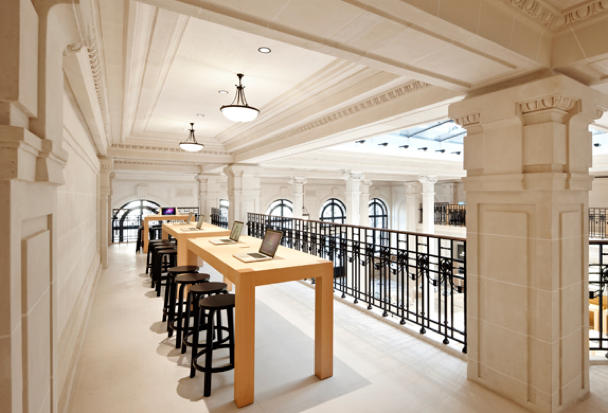