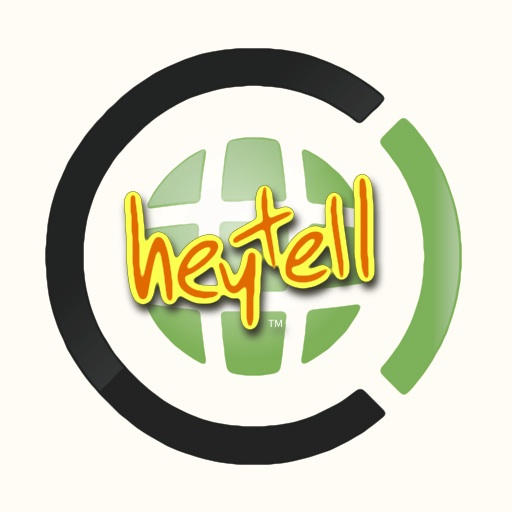 When a buddy of mine suggested (insisted, actually) I try using HeyTell, my first feeling was that using it was like having a ridiculously slow-mo phone conversation: short staccato bursts of talking interspersed by long, frustrating periods of having to wait for a response.

Well, that feeling lasted all of about 10 minutes; the more I played with it, the more I realized that — besides the fact that I could already call, text, tweet, email, IM and use Facebook — yep, here’s another method I’ll use semi-regularly to blab with.

HeyTell is pretty simple to use. It more-or-less works like a walkie-talkie, or a phone with push-to-talk capability: just push and hold the yellow soft button on the screen, say what you want, and your monologue is delivered to a buddy, for free, anywhere in the world — so long as your buddy has the app installed on his iPhone/iPod Touch.

On the upside, sound quality is crystal-clear, even over 3G; messaging with the app is a hell of a lot easier than texting while, say, walking down the street with a taco in one hand; building a list of buddies to talk with is simple, as is starting or continuing conversations; privacy settings can be fine-tuned to keep out persona non grata, or welcome practically the entire planet (or at least, anyone who knows your email); and a map can be switched on that shows your buddy where you’re calling from.

Messages can also be saved and emailed (a feature with potential to be either cool or uh-oh), and in-app purchases like group broadcasts and a voice-changer add fun and functionality.

Now the not-so-good stuff: Most of the time, messages are received lickety-split — but conversation lags more often than I’d like because a message here or there gets hung up somewhere; the problem is perhaps no worse than with texts, but because it’s sort-of a voice conversation, it seems more irritating. Worse, once in a while messages are lost completely. There’s also a serious bug in the latest version of the app (currently 2.0.1) that rears its head after a user tries to enter a name into the “To:” text box — luckily, it’s a step that can actually be avoided fairly easily.

But even with its occasionally eccentric behavior, HeyTell is pretty much a must-have, considering its uniqueness — and its freeness.

Number of comments on this postLeave a comment
Posted in: Reviews Tagged: iPhone apps