Windows can no longer claim the crown as the most popular operating system on the internet thanks to the rise of smartphones.

During the month of March, Microsoft finally saw its share of worldwide OS internet get eclipsed by Google’s Android operating system, marking the first time a mobile OS is more popular than the software powering PCs.

Internet analytics firm StatCounter released its latest report for worldwide OS internet usage market share and found that Android is now the most popular with a slim lead of 37.93% vs Windows’ share of 37.91% of the market. 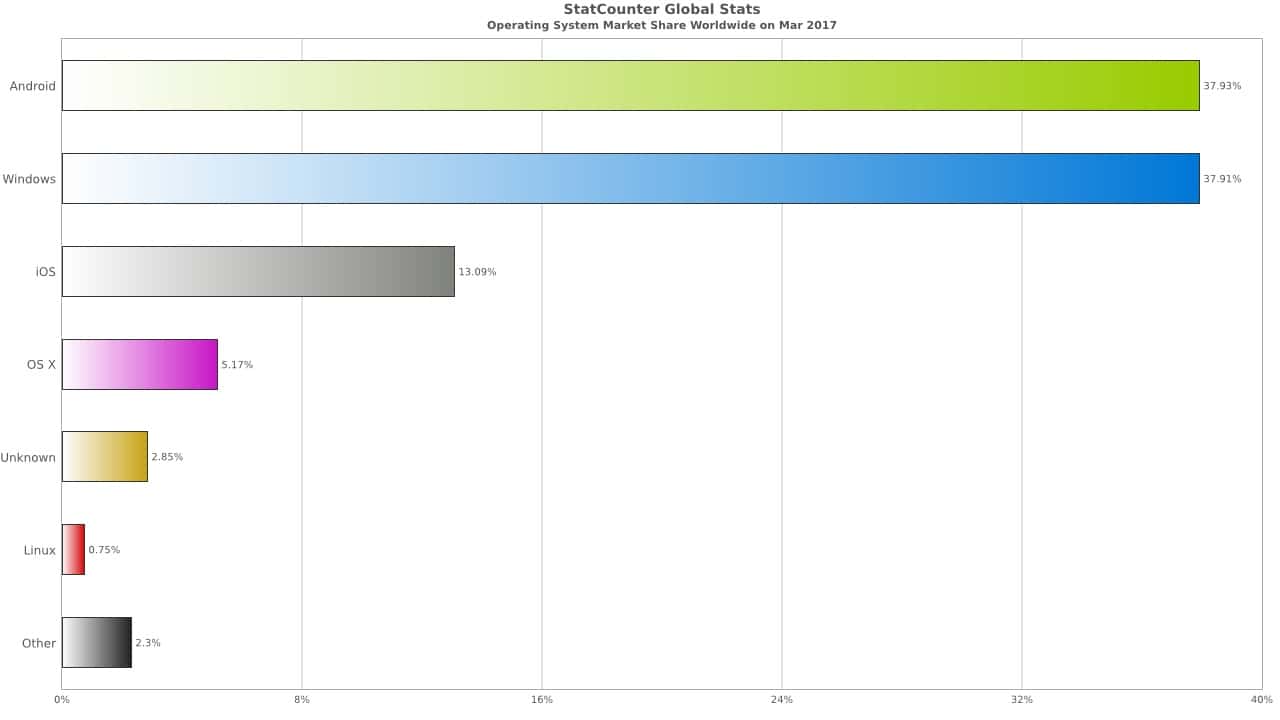 “This is a milestone in technology history and the end of an era,” said Aodhan Cullen, CEO of StatCounter in a statement. “It marks the end of Microsoft’s leadership worldwide of the OS market which it has held since the 1980s. It also represents a major breakthrough for Android which held just 2.4% of global internet usage share only five years ago.”

While Android is dominating, iOS lags far behind in third place with less than half the marketshare Microsoft and Android. iOS actually tops Android in North America alone though with 25.7% of internet surfers using Apple’s software while Android only has 21.2% of the market.

Apple’s presence could be misrepresented by StatCounter’s data. Instead of tracking internet users though apps, StatCounter’s trackers only look at traffic to 2.5 million websites.