The popularity of iMessage apps is already starting to diminish, less than a year after their debut.

iMessage apps have been the hottest new feature on iPhones since iOS 10 introduced them last year. But new data from analytics firm Sensor Tower shows that excitement for the new apps is already starting to fade among developers.

In its latest report, SensorTower reveals that there are now nearly 5,000 iMessage apps in the App Store. That’s about the same number of iOS apps that came out during the first year of the App Store in 2008, which is incredibly impressive considering iMessage apps are more limited.

Sticker packs have been one of the most popular categories of iMessage apps. Apple even dedicated an entire one-minute advertisement to the feature in its latest video. 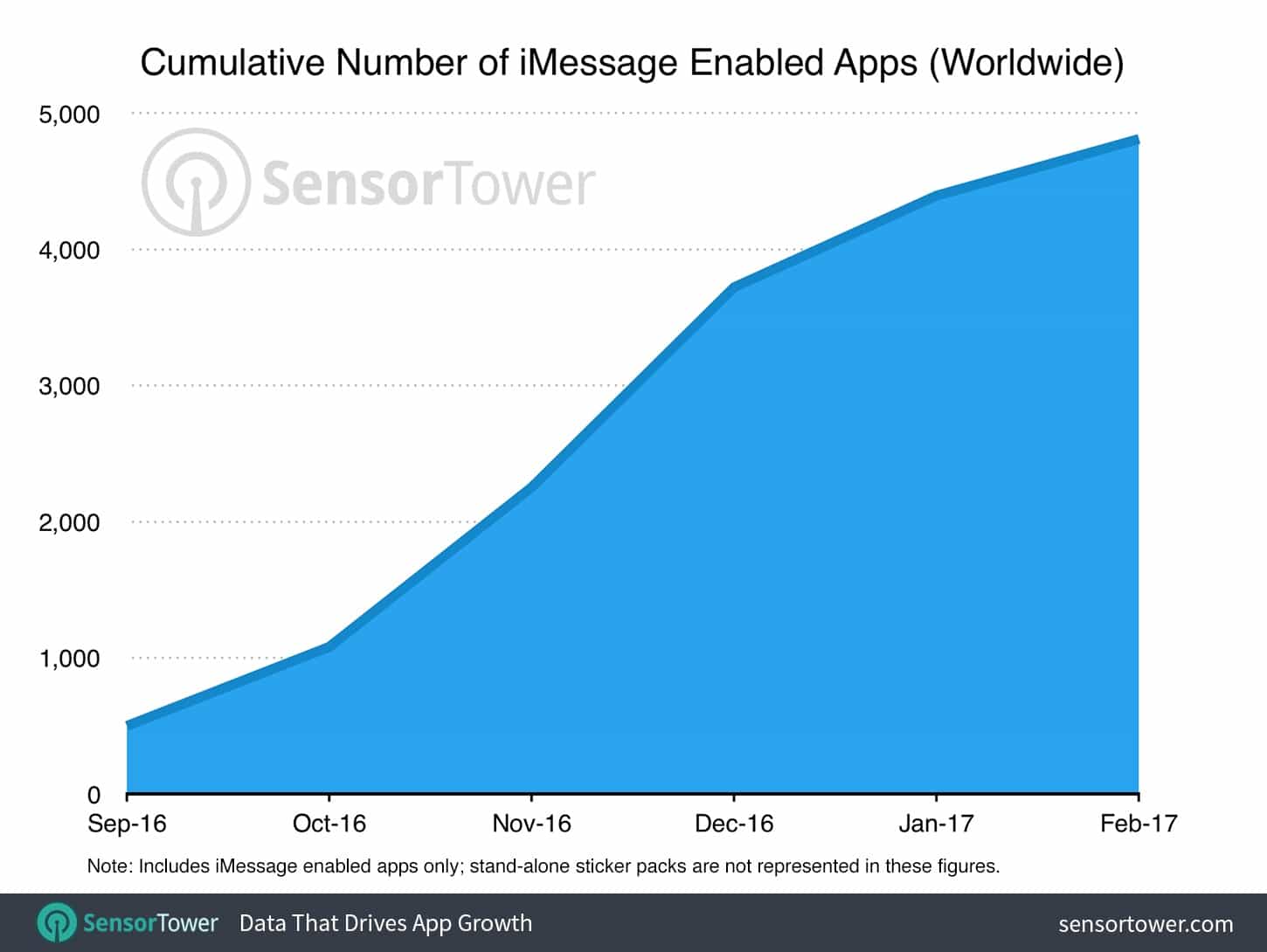 During the first 10 days after iOS 10’s launch, developers published 400 iMessage apps. That number grew at a steady rate of about 100 percent for the next two months, hitting 2,250 apps by the end of November.

However, growth slipped to 65 percent in December, then plummeted to just 18 percent in January and 9 percent in February.

Games proved the most popular category of iMessage apps. That’s not too surprising given that games also represent the largest, and highest-earning, category in the regular App Store as well. Entertainment apps took second place, with 17 percent of the market. Utilities clocked in at third, with 9.2 percent.