Keeping track of news articles you want to read later is finally getting a lot easier in Google’s Chrome app for iOS.

Today the company finally added a new feature that is similar to Safari’s Reading List option that allows iPhone and iPad users to save stories to read while offline. 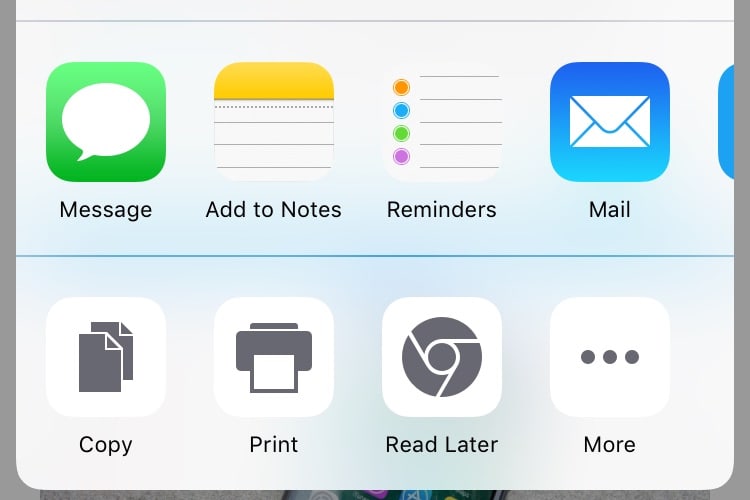 To save an article for later in Chrome, tap the menu bar in the upper right corner, then press the share button and it brings up the option to ‘Read Later.’ Articles can then be accessed from the menu bar under the Reading List section.

Chrome added a similar feature to the Android version of the browser last year only instead of compiling articles into a reading list, they were just saved with all other downloaded files.

Chrome saves the full page instead of a simplified version. Unfortunately, Chrome for Mac doesn’t support Reading List yet. You can’t save an article from your iPhone and pick it up later on your computer like with Safari or Pocket.