Analysts can’t agree whether smartwatch sales are tanking or booming.

Apple took the lion’s share with 46 percent of total shipments worldwide. Canalys reports that Samsung came in second with 18%, Fibit had 17%, Garmin grabbed 3% while Pebble only snagged 2%.

Total smartwatch shipments reached 6.1 million in Q3 2016, according to Canalys. But IDC estimated only 3.9 million units were sold last quarter. Apple does not disclose Apple Watch sales numbers, so its hard to confirm which firm is right. 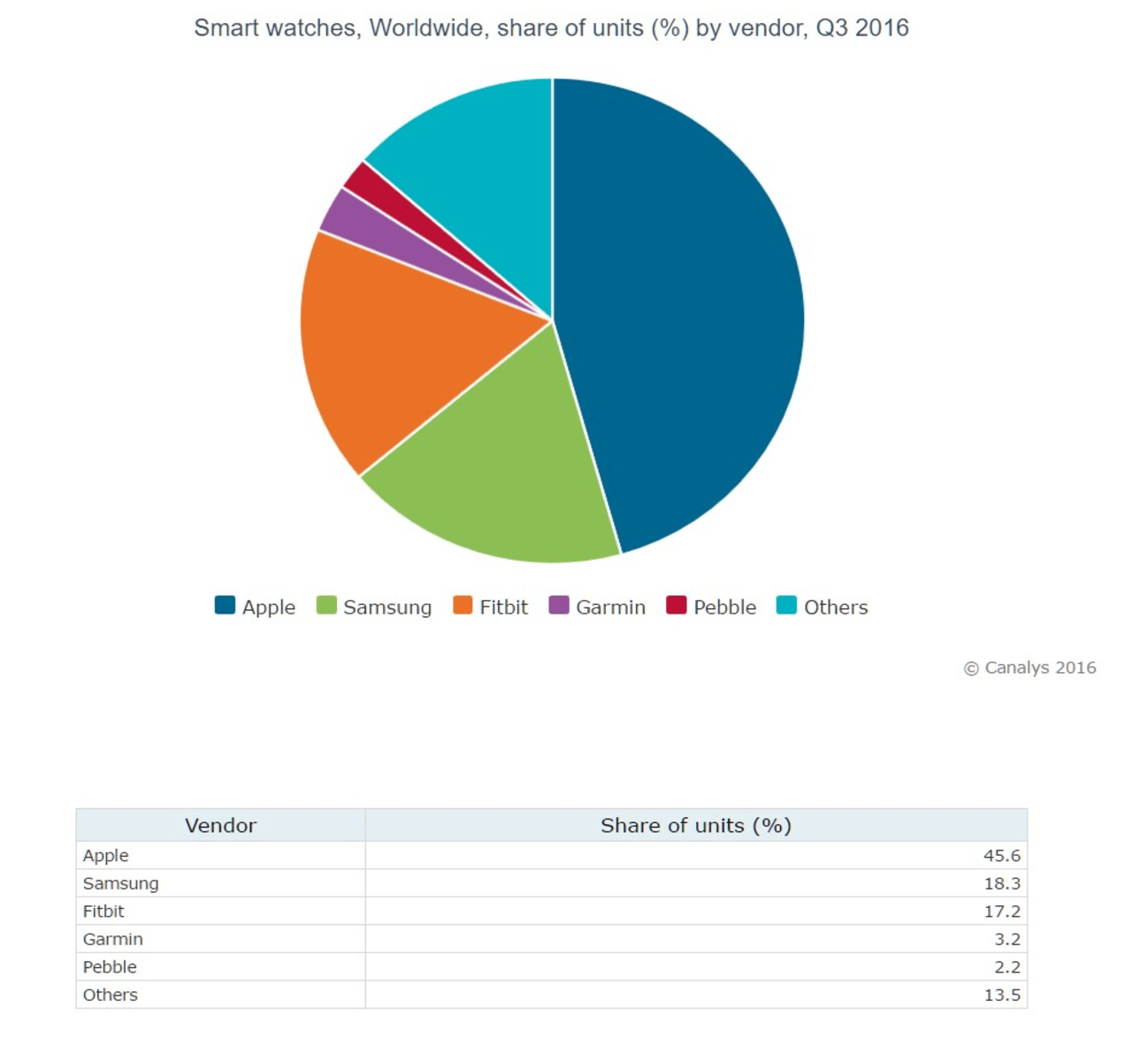 One thing the two firms do agree on is that the Apple Watch Series 2 and the holiday season will be a good combination for growth.

“The iPhone’s slowing momentum has affected consumer interest in Apple’s smart watch and the company needs to improve Watch sales in major markets outside of the US, especially China,” Canalys’ Jason Low said.

Wearables over all are growing at a healthy clip, Canalys claims. The firm estimates that together with smart watches, total wearable band shipments grew 31%, hitting 17.6 million units shipped.