Apple is lending its assistance to those affected by the devastating floods in Louisiana this week by adding American Red Cross donation buttons in iTunes, the App Store and on Apple’s website.

The catastrophic floods have damaged more than 40,000 houses in the state, making it the worst natural disaster since hurricane Sandy wreaked havoc on New York and New Jersey in 2012. 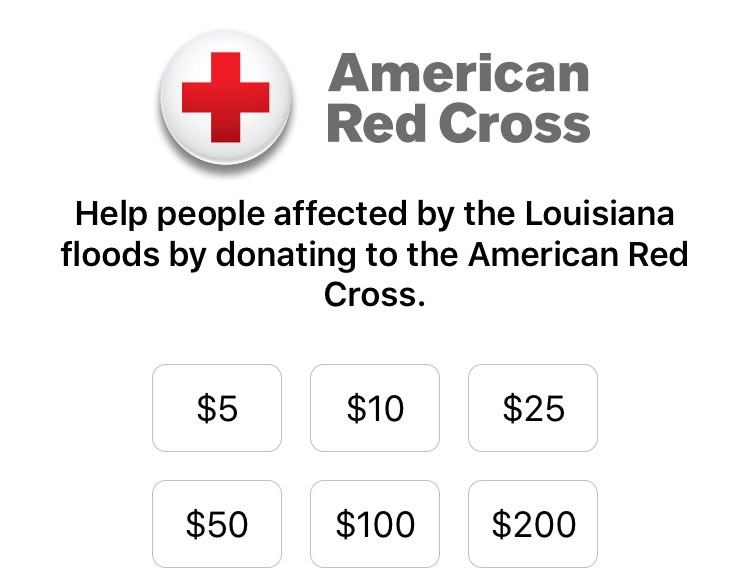 The Louisiana flooding has been particularly devastating because it hit large areas of above the flood plain where home owners didn’t have flood insurance. Flood waters in the state are still rising in some areas, which has led up to 86,000 people to apply for federal disaster aid.