Transitioning to a future when iPhones no longer come with 3.5mm headphone port is going to be a lot easier thanks to one Apple supplier that is ready to make Lightning headphones a thing.

Cirrus Logic, which makes analog and mixed-signal integrated circuits, revealed that it has created a new headset development kit that will allow accessory makers to quickly develop Lightning-headphones that are made for iPhone and iPad.

The development kit is available through Apple’s MFi Program and demonstrates the benefits in ditching the analog 3.5mm headphone jack for Lightning. Some of the advantages include digital connectivity high-performance DAC and headphone driver that delivers high-fidelity audio. 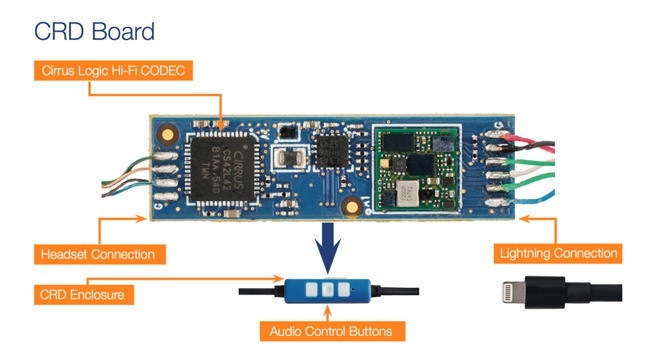 “New digital connectivity in mobile devices, including the Lightning-based interface, is creating opportunities for OEMs to innovate in product design and is accelerating the transition from analog- to digital-connected products within today’s billion-unit headset and headphone market,” said Carl Alberty, VP of Marketing at Cirrus Logic, in a statement announcing the development kit.

Another benefit of Lightning headphones is their ability to interact directly with apps to provide a unique audio experience. Cirrus Logic also made a reference iOS app for the development kit.

Apple reportedly plans to introduce a new iPhone later this year that will ditch the headphone jack, forcing users to listen to audio by connecting wireless Bluetooth headphones or through the device’s speakers. Recent leaks have revealed that Apple may include a set of Lightning EarPods with the iPhone, while other reports claim Apple will just include a Lightning adapter for old 3.5mm headphones.

The new iPhone is set to release later this fall. Other features may include a new Force Touch homebutton, dual-lens camera, speedy A10 processor and improved waterproofing.