There are only a few days left before Apple unveils its biggest software updates of the year during its WWDC 2016 keynote, and the final preparations are underway.

Apple’s iconic logo was just placed on the side of the Bill Graham Civic Auditorium in San Francisco where Tim Cook and company are expected to announce some huge features coming to iOS, Mac, Apple Watch, Apple TV, and more.

Cult of Mac got an early look at Apple’s decorations for the event which construction crews are still working on.

Instead of hosting its June 13th keynote at the Moscone Center where the rest of WWDC will take place, Apple opted to go back to the Bill Graham Civic Auditorium, the same location it announced the iPhone 6s at last year and the Apple II in 1977. 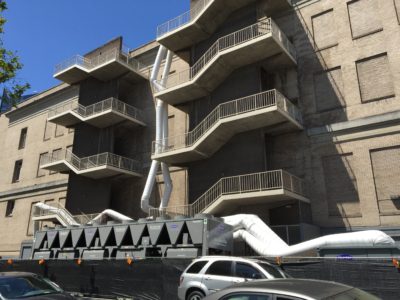 The auditorium seats 7,000 people, so Apple brings in its own giant HVAC to keep things cool. 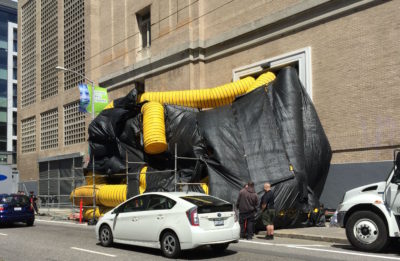