Virtual Aviation, which runs full-motion flight simulators in the UK, is using iPads as high-tech teacher’s assistants to train pilots.

Instead of instructors lugging around heavy cases filled with maps, charts, manuals, weather reports, flight plans and checklists every time they go into the simulator — they use iPads instead.

Using the iPad leaves busy instructors with an almost hands-free way to show would-be Airbus and Boeing pilots the ropes at Heathrow and Gatwick. 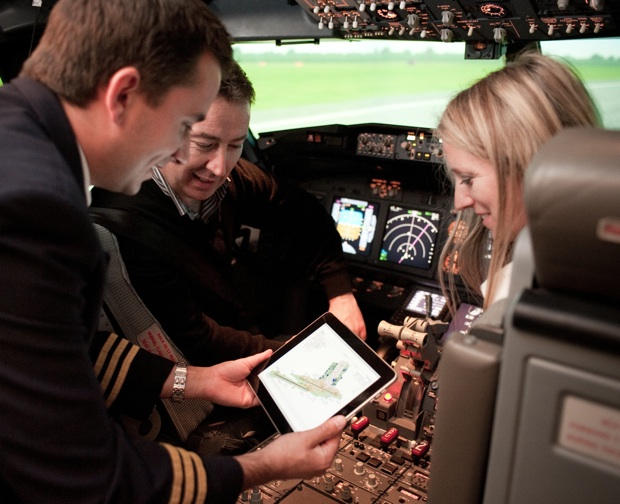 The location (and business) were also a fortunate coincidence that allowed them to buy iPads before they are officially available in the UK.

“It’s absolutely fabulous, it’s no exaggeration to say that the iPad is going to revolutionise our business, whilst being used in an unenvisaged role,” James Stevenson of Virtual Aviation said.