The iPhone SE isn’t an official Apple product yet, but if you’re lucky enough to live in Shenzhen, China, you can already get your hands on a new 4-inch iPhone that looks like the love child of the iPhone 6 and iPhone 5s.

Small shops at the infamous Huaqiangbei market are selling the closest thing to a real iPhone SE. In a new video claiming to spot an alleged iPhone SE in the wild, a Chinese YouTuber shows just how easy it is to roam the corridors of China’s “Silicon Valley of Hardware” and buy the new iPhone before it’s even been announced.

The “iPhone SE” is obviously a fake. They never turn the device on, but a few glaring flaws with the body design make it obvious this is nothing more than an iPhone clone.

The headphone jack is larger than the one on the iPhone 5s and iPhone 6. It’s also recessed. The Lightning port is recessed as well, unlike the iPhone 6 and iPhone 5s.

The display doesn’t look right either. It isn’t rounded like on the iPhone 6 — it’s just flat. It almost looks like someone put an iPhone 5s into a third-party chassis that looks pretty close to what the rumors have claimed.

Chinese manufacturers have been making fake Apple devices like these for some time now. Last year at CES, we were able to buy a fake “Apple Watch” from a Shenzhen-based company before Apple had launched the real deal. 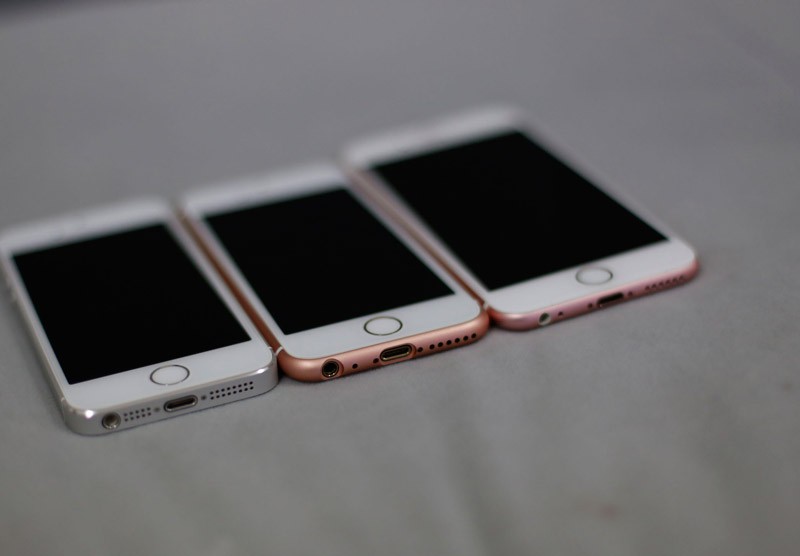 Apple is expected to unveil the iPhone SE along with a new 9.7-inch iPad during its “Let us loop you in” press event next week at the company’s Cupertino headquarters. The new 4-inch iPhone is expected to include an A9 processor, 12MP camera, Touch ID and Apple Pay, among other features.

Want a sneak peek at the event? Read our backgrounders to bone up:

Join Cult of Mac at 10 a.m. Pacific on March 21 for our liveblog of the Apple event.