One of the most positive pieces of publicity the Apple Watch has yet received came when its in-built heart monitor revealed that a teenager was suffering from a potentially fatal condition, which could have resulted in his untimely death if left unchecked.

A future feature for Apple devices might take this life-saving concept even further by not just notifying users of possible medical emergencies — but actually alerting doctors or family members on their behalf if required. 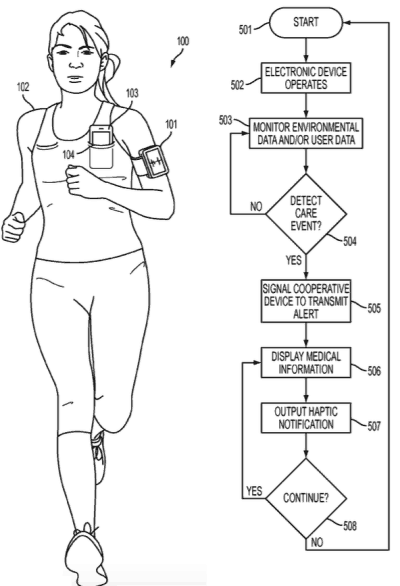 Called “Care event detection and alerts,” the newly-published patent application describes the detection of so-called “care events,” and notes how it could forward these alerts to the correct party: whether that be fire rescue, emergency responders, family, or others — which Apple refers to as the “care circle.”

To avoid false alarms, the system would offer an escalating series of notifications, so that your Apple Watch (or other Apple device) would only dial 911 or alert emergency services when no other option was available.

In terms of hardware, this patent is already possible using the Apple Watch’s existing capabilities.

Although the Watch doesn’t yet have FDA approval as a medical device, comparisons between the wearable’s heart monitor and medically-approved electrocardiogram show that the readings both get are virtually identical.

Coincidentally, today also saw the publishing of a new report from analysts at TrendForce — describing how the medical device industry is likely to grow significantly over the coming years. 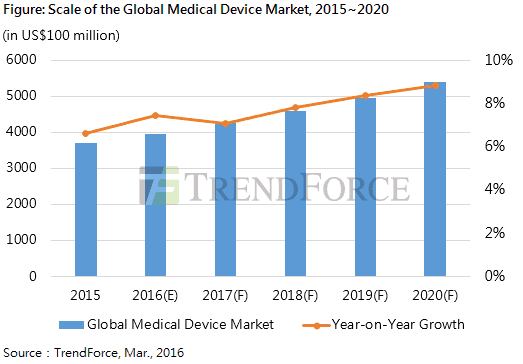 According to TrendForce, the scale of the global medical device market will likely reach $539.5 billion by 2020 — signaling what a massive opportunity this could be for Apple.

While there’s clearly a way to go until your Apple Watch is allowed to diagnose heart attacks and call emergency services on your behalf, this could be one of the “killer apps” that will eventually make Apple’s debut wearable a mass-market success.

And, hey, if it means saving lives along the way, everyone’s a winner!