Apple has invented a camera lens that would yield higher-resolution images and would be even tinier than the cameras used in today’s super-slim iPhones.

How tiny would it be? Imagine a total axial length of just 2 mm or even less, making this potentially perfect for the long-awaited FaceTime camera of the next-gen Apple Watch 2. 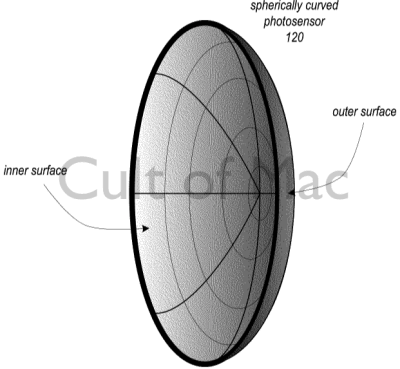 The invention is detailed in an Apple patent published today. It describes a small-form-factor camera system based on a spherically curved photo sensor plus new lens. This curved lens would result in the “capturing [of] sharp, high-resolution images” through a special three-lens system that uses two convex lenses supplemented by a third meniscus lens — with both convex and concave surfaces — in the middle.

Apple notes that one of the downsides to its invention is that images could include barrel distortion effects. To counter this, it suggests that a distortion-correction algorithm could be applied with software to correct the image once it’s taken.

As with every patent, there’s no guarantee this technology will show up in a future device, although as always it’s good to know that Apple keeps pushing the boundaries with its tech. With rumors of a FaceTime camera set to arrive with the Apple Watch 2 this year, 2016 may be the year Apple wows the world with one of the smallest, highest-quality cameras you’ve ever seen.