Apple is selling an enormous amount of iPhones right now, but in its efforts to get an extra holiday sales bump it’s pushing an unsolicited pop-up notification to owners of older iPhone handsets — informing them of how “ridiculously powerful” the iPhone 6s is. 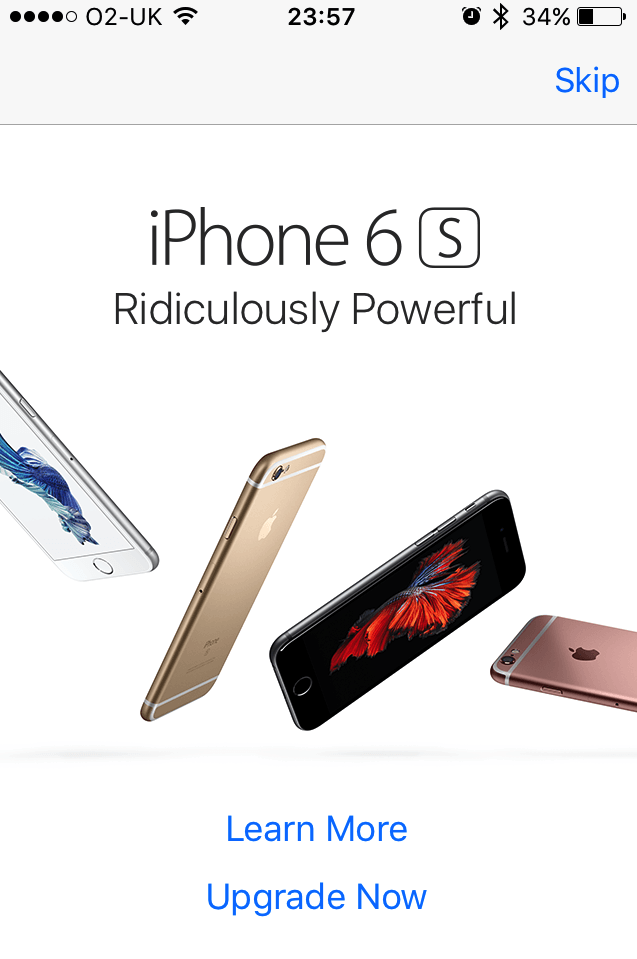 The ad appears when users visit the App Store. It shows up on iPhones older than the iPhone 6, and does not seem tied to the new iOS 9.2 upgrade, since one reader who saw the prompt tells Cult of Mac he is still using iOS 9.1.

If users choose the “learn more” or “upgrade now” prompts, they are redirected to the relevant sections of Apple’s website or Apple Store app, where they can read more about or purchase Apple’s newest handset. To return to what they were doing, users must tap “skip.”

It will be interesting to hear people’s response to this more aggressive piece of marketing on Apple’s part. In my experience, people react less than well to intrusive advertising like this, which means this could well backfire for Apple — particularly if it makes a more regular habit of promoting products in this way.

Hell, the company was engulfed in a cloud of controversy when it gave away a free U2 album without customers explicitly requesting it — and that wasn’t even asking people to shell out money.