If you bought an Apple Watch that now collects dust on your dresser, you are not alone.

Web-based research firm Wristly, which found a 97 percent user satisfaction rate among early adopters, took equal interest in the unhappy 3 percent. What it found from 340 former Apple Watch users could provide valuable insights for Cupertino as it works on future generations of the smartwatch.

The reasons people gave up the watch include:

Those were just the users who checked the box “extremely relevant.” In each category, there was a percentage of 23 to 33 percent who answered “somewhat relevant.” 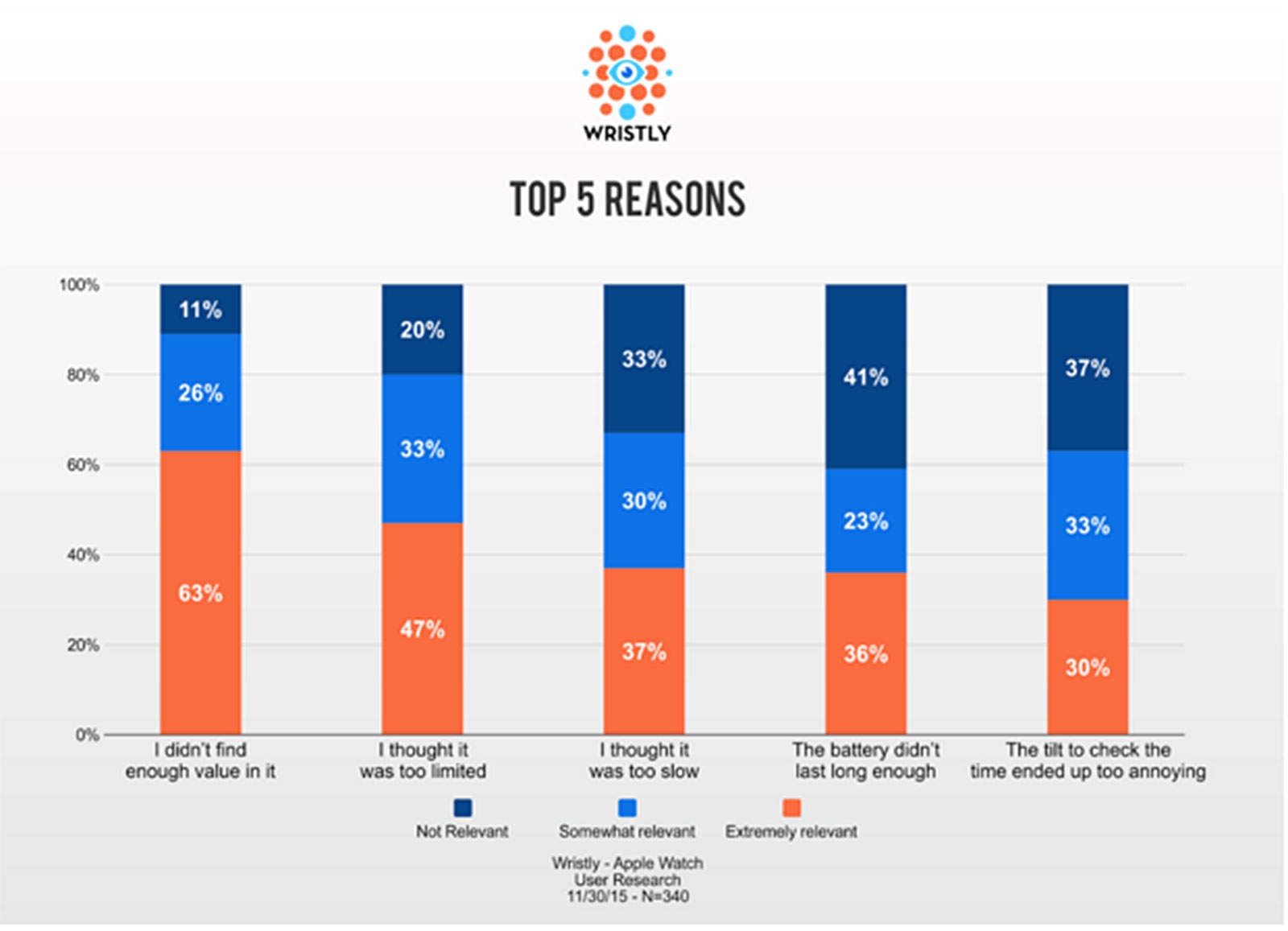 Almost half gave up on the watch in less than two weeks, said Ben Bajarin who authors The Daily Techpinion blog and worked with Wristly on the survey.

Bajarin said the study also revealed a “bias” against the watch from users who work in the tech industry. These were the strongest critics; some 45 percent of those polled work in the tech field.

“The Apple Watch, in its current manifestation and because the concept is so new, (takes) time to truly understand its value,” Bajarin wrote on his blog Monday. “It certainly takes more than two weeks to realize how it fits into your life. But in the future, this will not be the case. This is simply due to the immaturity of the market and the product.”

Bajarin said he expects the Apple Watch to hit its stride sometime in 2017.

Apple is projected to sell as many as 6 million watches over the holidays.