The Apple-owned Beats brand has become the second company (after Fox Studios) to sponsor a Snapchat lens, with a one-day-only Black Friday deal that lets you animate your face bopping along in time to rapper Drake’s new song “Big Rings.” 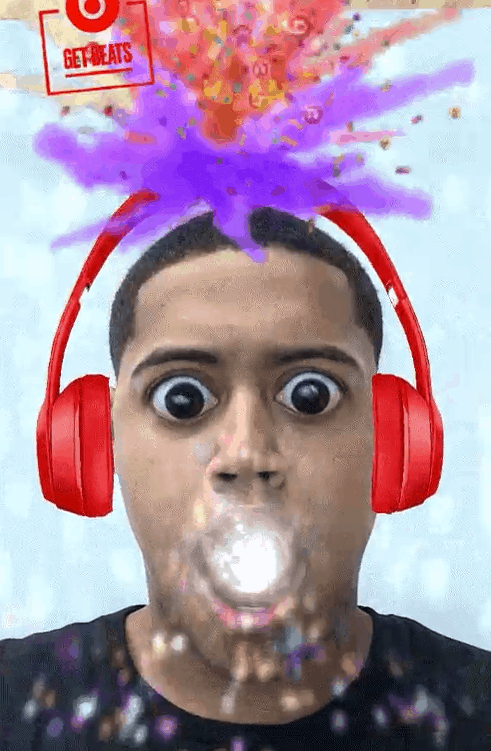 When Fox Studios sponsored a Spanchat lens to promote The Peanuts Movie, Re/code suggested that it likely cost in the region of $500,000 to $750,000 — making this a pretty pricey frivolous feature to splash out money on.

Snapchat is reportedly aiming to bring in around $50 million in revenue this year, with sponsored lenses as one of the ideas it’s testing. Given their popularity among younger users, Beats’ sponsorship deal is not only a good way to spread awareness of the Beats brand, but also to align it with innovation and cool new features in the minds of the target audience.

Apple did the same thing back in the day, when it became the first major company to sponsor Facebook — when it was still called Thefacebook.

Sadly, today’s Beats promotion is U.S. only, which means that my Brit-based self was unable to try it out, although you can see from the image on the left the way the Snapchat lens transforms a selfie — while adding a handy Beats logo and headphones just in case you forgot which company was responsible.

To access the feature, take a selfie, then tap on the face for a couple of seconds, after which the Beats Lens comes up on screen. If you start shooting a video, the lens will then burst into life.

Drake has been pretty associated with Apple (and Apple-related brands) as of late. Last year he appeared at WWDC wearing a sweet vintage jacket emblazoned with the Apple logo, while he was also among the first wave of celebrities to receive an Apple Watch Edition.

Heck, the dude’s even bragged about his Apple deal in a song. Now he just needs to work out what rhymes with Snapchat lens.