The average Apple Watch user checks his or her timepiece four to five times an hour, and are most likely to use the device’s Maps function, according to two separate studies.

Carried out by Wristly.com and researchers at the University of Stockholm’s Mobile Life Centre, the two surveys quizzed Apple Watch owners on their typical usage, and discovered a few interesting observations in the process. 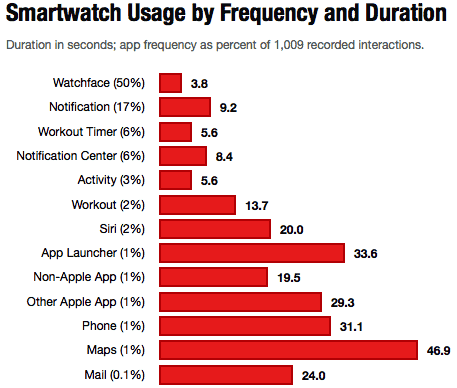 One of them? That brief interactions are where it’s at for Apple Watch — with even standard iPhone features like checking messages being statistically rare on the Apple Watch. In one month, researchers suggest that the Apple Watch is used to answer phones an average of just eight times, and to read mail only twice.

“With Apple Watch, usage interactions are measured in a few seconds,” observes Wristly’s Desarnauts, “and we have the data to show it.” 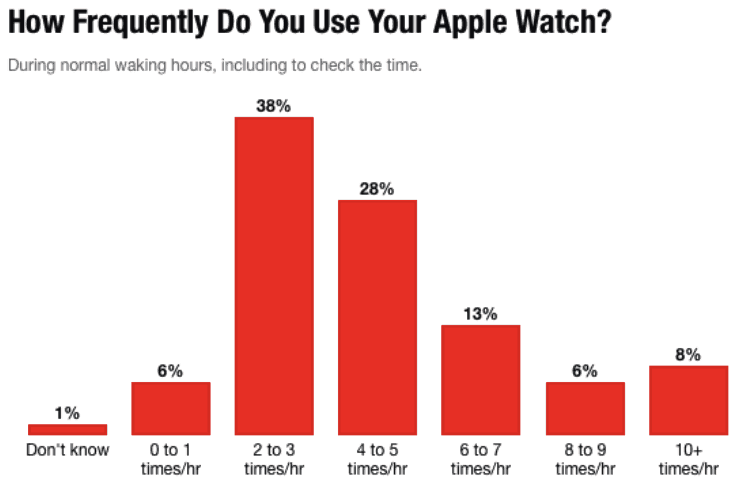 While I’m surprised by how little people are likely to send and respond to messages on the Apple Watch, it bodes well for the device because it shows that it is gradually building its own identity — rather than being viewed as a second screen for the iPhone.

Another recent survey from analytics firm Argus Insights puts the Apple Watch well ahead of its competitors ahead of this year’s holiday season — with different versions of the Watch making up 4 of the top 10 spots.