We’re just days away from carving up turkeys in the US, but the folks at iFixit are busting out the blades a little early for their official teardown of the new Apple Smart Keyboard for the iPad Pro.

The new teardown from iFixit reveals how Apple made the Keyboard/Smart Cover super durable by encapsulating the entire product in some high tech fabric that should make it last much longer than a normal keyboard, which is good because it is also impossible to repair.

Check out the keyboards guts below: 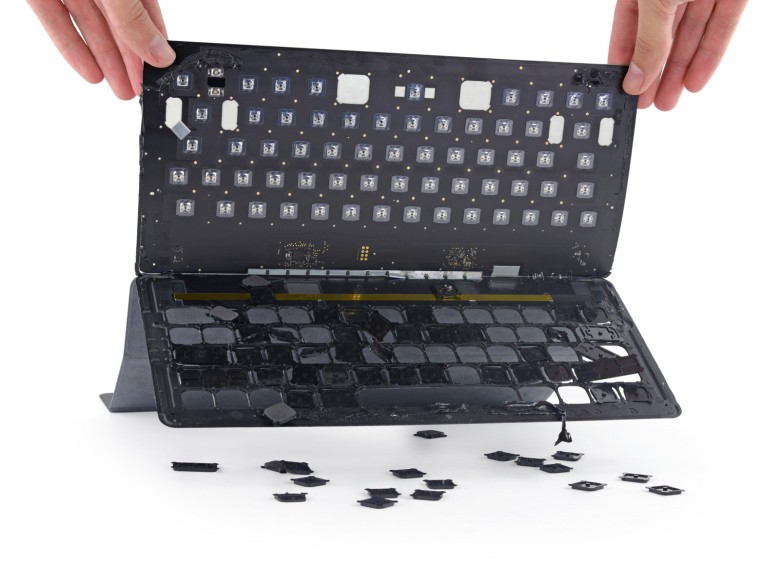 The keyboard cannot be opened without damaging it. If an internal component breaks, the entire device will have to be swapped out because you can’t access individual components without destroying the device.

The new design is pretty exciting though. Apple uses three strips of mysterious conductive fabric that connect the keyboard to the Smart Connector, allowing for a two-way flow of power and data. 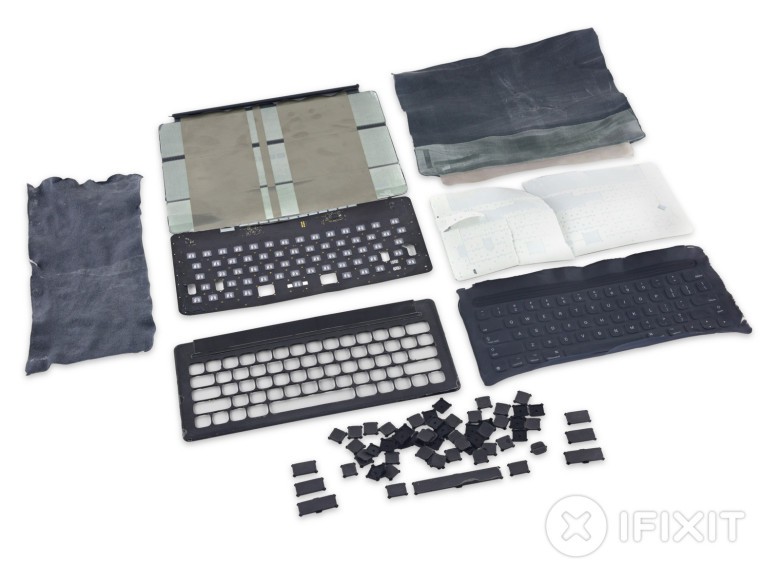 iFixit says the new strips should be more durables and fail-resistant than wires and traditional flex cables. Apple claims the fabric can withstand a lifetime of folding, which might be enough to make up for the 0 out 10 repairability score it earned.