Almost all major retailers have unveiled their Black Friday ads by now, and some of our predictions have been blown out of the water by lower prices. Many will definitely qualify for the coveted Editors’ Choice nod. And with price-matching driving down prices next week, more will likely follow.

We tallied up the spoils that debuted during the November 21 to November 29 time frame last year, and selected the top five stores that had the most Editors’ Choice deals. These vendors offered the best prices on the most popular items, and we’re already seeing them attempt to repeat this year.

Now, all that’s left to do is allocate your cash wisely, prepare some comfortable running garb, and get your Black Friday game face on. 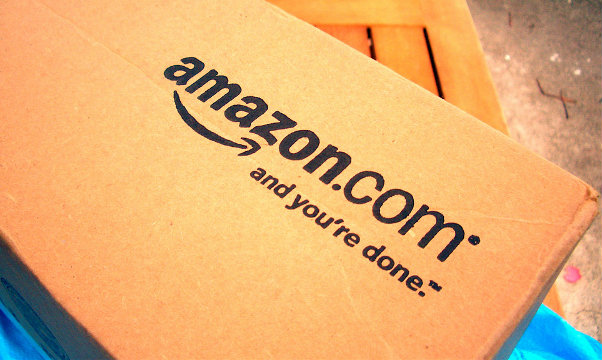 Best For: People who like to shop for all sorts of cheap things and don’t mind the stress of fast-selling “Lightning Deals.”

Few stores ever come close to touching <ahref=”http://dealnews.com/s313/Amazon/” category=”698″ vendor=”35″source_url_id=”1918″>Amazon during the shopping season, and this year is no different; for the fifth year running, the megastore has topped our list of the best Black Friday stores. Last year, we listed a whopping 259 Editors’ Choice deals from the store — that was 23% of the total number of allEditors’ Choice deals during that time.

After a massively disappointing Prime Day, the mother of all online stores has a lot to live up to come Black Friday. As is now customary, Amazon will keep our editors busy by matching and undercutting prices at Walmart and Best Buy throughout the season. Just keep in mind that a lot of these deals will sell out quickly, so you’ll need to have your fingers at the ready to buy.

After a massively disappointing Prime Day, the mother of all online stores has a lot to live up to come Black Friday.

Hottest Deals: Last year, Amazon offered <ahref=”http://dealnews.com/c621/Electronics/Phones-Cell-Phones/Android-Phones/Android-Apps/” category=”698″ vendor=”35″ source_url_id=”75238″>40 popular Android game, office, and music apps for free, which became one of the store’s most popular deals. Also on sale was a selection of <ahref=”http://dealnews.com/c202/Clothing-Accessories/” category=”202″ vendor=”35″source_url_id=”1360″>NHL jerseys and apparel, which dropped as low as $8. Those looking for even cheaper thrills scored a host of <ahref=”http://dealnews.com/c502/Movies-Music-Books/Movies-TVs-Videos/Blu-Ray-Disc-Movies/” category=”502″ vendor=”35″ source_url_id=”28032″>Editors’ Choice-worthy Blu-ray movies, which had been discounted to just $4, beating its previous year’s price by another buck. Informed 2015 shoppers should thus look to the store for some free apps, as well as super cheap movie deals.

Best For: PC and tech lovers who don’t mind redeeming a mail-in rebate in order to nab a great deal.

For the second year running, Newegg pipped Best Buy and Walmart to the post, earning second place on our coveted list. Although last year’s Black Friday didn’t see quite as many Editors’ Choice deals from Newegg as the year before, more than 100 of the electronics store’s deals still earned the honor.

It’s worth noting that, although Amazon remains our go-to store for overall Black Friday deals, it will be easier for most shoppers to get their hands on Newegg deals since the stock at Amazon can be famously low on Black Friday.

Hottest Deals: Whether you’re on the hunt for a low-cost laptop, HDTV, or some in-house security items, Newegg is the place to (virtually) be this Black Friday week. The most popular of the store’s Editors’ Choice deals last year was an <ahref=”http://dealnews.com/c49/Computers/Laptops/” category=”49″ vendor=”35″source_url_id=”2109″>Acer Aspire 15.6″ laptop that fell to an impressive all-time price low. (It remains the second-best offer we’ve seen for this build to date.) It seems that consumers were also keen to protect their big buys too, since a LaView DVR Surveillance System was among the most popular deals of the season, at $140 off.

We’re currently processing Newegg’s Black Friday ad, and will post our top picks from it soon. 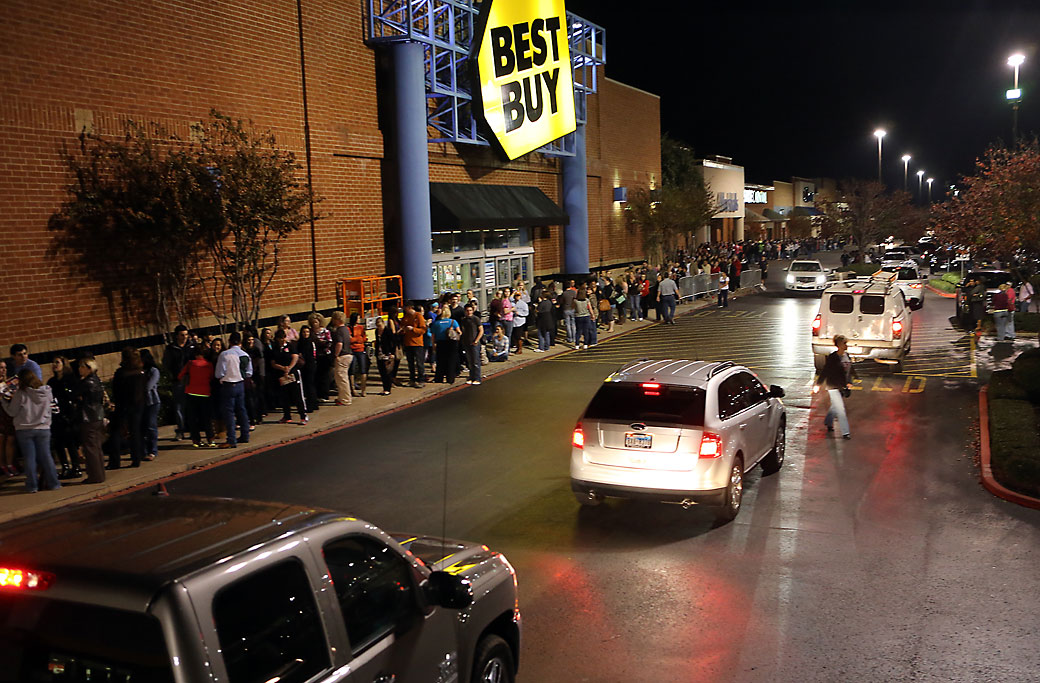 Of the many Best Buy deals listed by our crew last year, a pretty impressive 75 were marked Editors’ Choice. It’s worth noting that the majority of these deals came on Thanksgiving and not on Black Friday itself.

Hottest Deals: Similarly to Newegg, tech items will be the most impressive during Best Buy’s Black Friday sale. Last year, it was the <ahref=”http://dealnews.com/c594/Computers/iPad-Tablet/Tablets/” category=”594″vendor=”35″ source_url_id=”50298″>tablet deals that drew particular praise from our picky editors. The Apple iPad mini 3 dropped to a $74 price low in all three sizes, beating every other store we saw. Android lovers were also kept happy when the <ahref=”http://dealnews.com/c594/Computers/iPad-Tablet/Tablets/” category=”594″vendor=”35″ source_url_id=”50298″>Samsung Galaxy Tab Pro dropped an extra $50 in price from the week before, to an all-time low.

We also saw great savings on a selection of cheap and cheerful <ahref=”http://dealnews.com/c49/Computers/Laptops/” category=”49″ vendor=”35″source_url_id=”2109″>laptops and <ahref=”http://dealnews.com/c171/Electronics/Phones-Cell-Phones/” category=”174″vendor=”35″ source_url_id=”2812″>smartphones (mostly for those that didn’t mind signing up for a 2-year contract).

Best For: Savers who want to get their purchases in early, but who don’t mind a trip in-store to collect their spoils afterwards.

Despite posting 13 fewer Editors’ Choice deals than the year before, <ahref=”http://dealnews.com/s321/Walmart/” category=”698″ vendor=”35″source_url_id=”16241″>Walmart remains in fourth place in our list of best Black Friday stores. Like Best Buy, the store also listed most of these top deals on Thanksgiving Day — 28% of them to be precise.

Hottest Deals: Whether you’re getting an early start on your holiday gift list or looking for some household essentials on the cheap, Walmart is likely to offer big discounts on a wide range of goods across the store. Looking at last year’s best and brightest, we can expect some big price drops on a selection of video games; we saw manyjust-released titles fall to around $20 less than any other store, including FIFA 15 and Madden NFL 15. We also saw the best ever price for a new40″ 1080p LED LCD TV in the run up to Black Friday, as an Element model fell to just $115.

For more, check out our Walmart Black Friday ad analysis, and our <ahref=”http://dealnews.com/black-friday/s321/Walmart/”>complete list of Walmart’s advertised Black Friday prices. 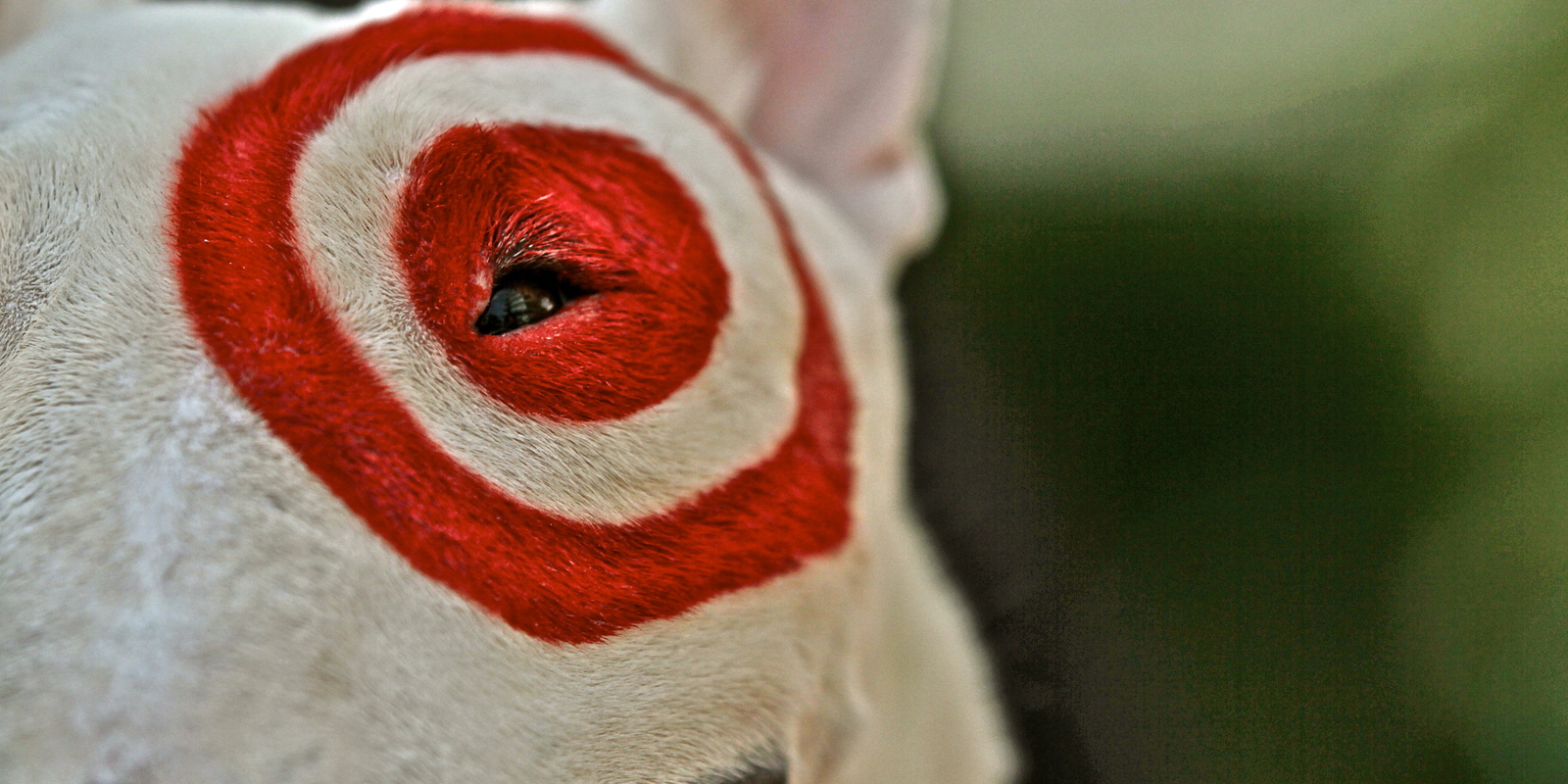 Best For: Shoppers who are looking to stock up on discounted gifts ahead of the holidays or nab some tech items bundled with high-value gift cards.

Knocking TigerDirect out of the fifth and final spot on our honored list this year is Target. We listed 55 Editors’ Choice offers from the department store through the shopping season.

Hottest Deals: The very best of the store’s tech offers came with the then recently-released <ahref=”http://dealnews.com/c594/Computers/iPad-Tablet/Tablets/” category=”568″vendor=”35″ source_url_id=”50298″>Apple iPad Air 2, which was bundled with a massive $140 Target gift card. We’re likely to see a myriad of popular <ahref=”http://dealnews.com/c178/Movies-Music-Books/” category=”178″ vendor=”35″source_url_id=”8691″>Blu-ray and DVD movies fall to impressive prices too, including even contemporary titles. Those shopping for smaller kids can also expect to nab some discounted toys from the store, especially if you’re willing to opt for in-store pickup on cheaper items from Fisher-Price and LEGO.

For more, check out our Target Black Friday Ad Analysis, and our <ahref=”http://dealnews.com/black-friday/s318/Target/”>complete list of Target’s advertised Black Friday prices.

It might not be fair to include eBay in our ranking, since the deals are actually offered by a multitude of third-party sellers, but we’d be remiss if we didn’t give the store an honorable mention once again. We saw a number of unlocked iPhone models fall to all-time low prices, including refurbished units of the iPhone 4 and iPhone 5c.

This post is syndicated from DealNews. It first appeared here.