Check them out below. 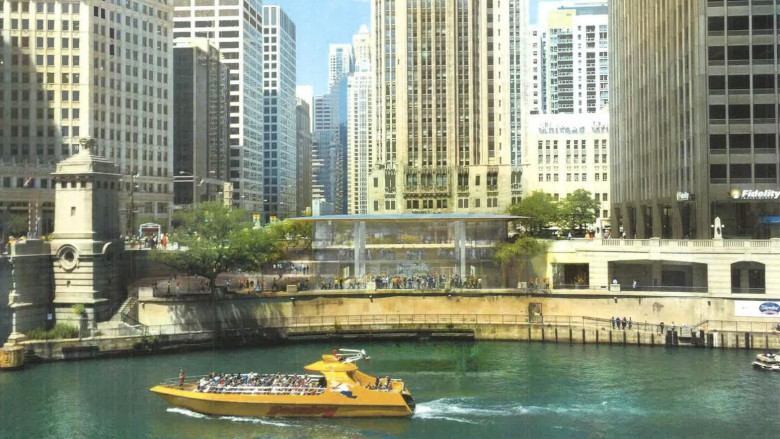 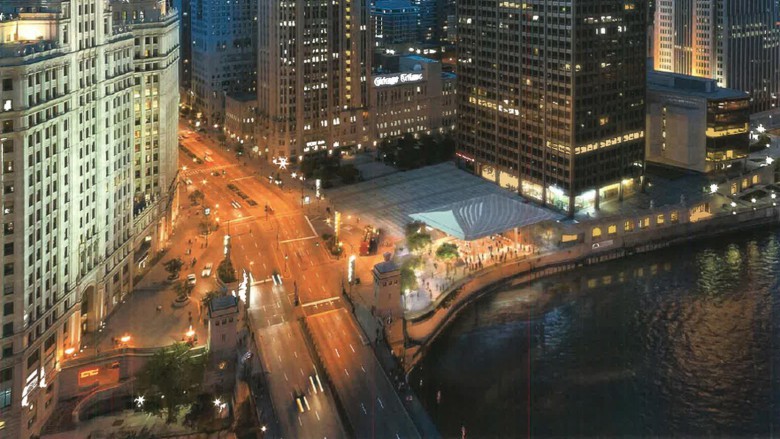 The designs depict a variation on Frank Lloyd Wright’s “quintessentially Midwestern Prairie Style homes,” with spectacular views of the Chicago River. Like the iconic Fifth Avenue Apple Store in New York, customers will enter the store at street level, and then use stairs or an elevator to proceed to the underground sales floor.

The 20,000-square-foot Apple Store will replace a vacant food court. The designs were officially approved by Chicago’s city planning board earlier this week, and construction is set to begin in 2016.

Apple is once again using its favored architect firm of Foster + Partners, which has previously worked on the company’s upcoming Apple 2 campus, as well as stores in China and Istanbul.

What do you think? Personally, I think it’s stunning. As we’ve seen with Apple’s overseas Apple Stores, I love the way the company embraces local design concepts (in this case, the Midwestern Prairie Style homes) with a recognizably-Apple design language.