How’s this for customer service? Steve Jobs personally intervened to get a dodgy iMac replaced. Author Michael J. Weber bought a new iMac, but his Apple machine was a lemon. Perhaps emboldened by Steve Jobs’ recent email responses to customer emails, Weber didn’t waste any time going straight to the top to complain about it:

Steve,
Received a 27″ i7 iMac today that would only boot in verbose mode. Whatever happened to “It Just Works”? This was a top of the line unit built to order in Elk Grove, CA — not China. And it booted like a Gateway 2000!

I’m not naive. I did my due diligence. I was aware the 2009 iMacs had “issues” upon their release but data indicated they were resolved.

This is unforgivable human error! A poorly managed factory that employs incompetent workers who grind their parent company to a halt. The same kind of company that hands a priceless prototype to an irresponsible employee who leaves it on a barstool in drunken stupor.

As an Apple loyalist and stockholder I’m utterly disgusted and disappointed that your QC has degenerated this far.

Despite the dig about the drunken engineer, Weber’s missive got a response.

“Well, this morning I received a phone call from Corporate Executive Relations at Apple on behalf of Steve Jobs.”

Weber was out on a morning dog run, but eventually spoke to one of Steve Jobs’ executive assistants in what he described as a “pleasant 20 minute conversation.”

Essentially, Steve wanted to thank me (for) bringing the screwup to his attention and assure me the incident will be investigated and remedied. I told the executive knowing Steve by reputation I would expect no less and that I was happy to be his canary in the coal mine. Pertaining to the sarcastic tone of my email I noted Steve must have a pretty good sense of humor.

I thought he’d be interested I went with an iMac because I didn’t consider my October ’06 Macbook Pro obsolete yet and asked the executive to relate that.”

Cult of Mac would wager our prized collective Friday night drink money that this one will work right out of the box.

Note: The headline and story have been edited to reflect that Jobs didn’t call Michael Weber personally, but did intervene to get his iMac replaced. 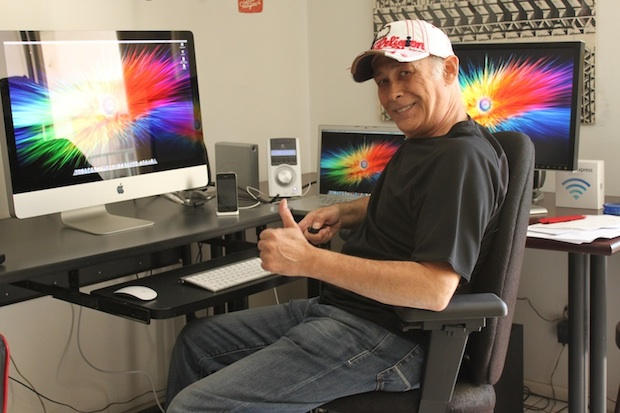 Number of comments on this postLeave a comment
Posted in: News Tagged: Apple, iMac