Apple Watch owners have had some time to play around with the wearable’s custom faces since the feature launched with watchOS 2, and some creative tech and sci-fi fans have come up with delightfully nerdy ways to spruce up their devices.

A few users have taken to making specially formatted faces that showcase their love of games, movies, and TV shows, but the really enterprising ones have found ways to include coordinated Apple Watch bands into their designs.

Here are some of the coolest ones we’ve tracked down.

This Portal Apple Watch is a triumph 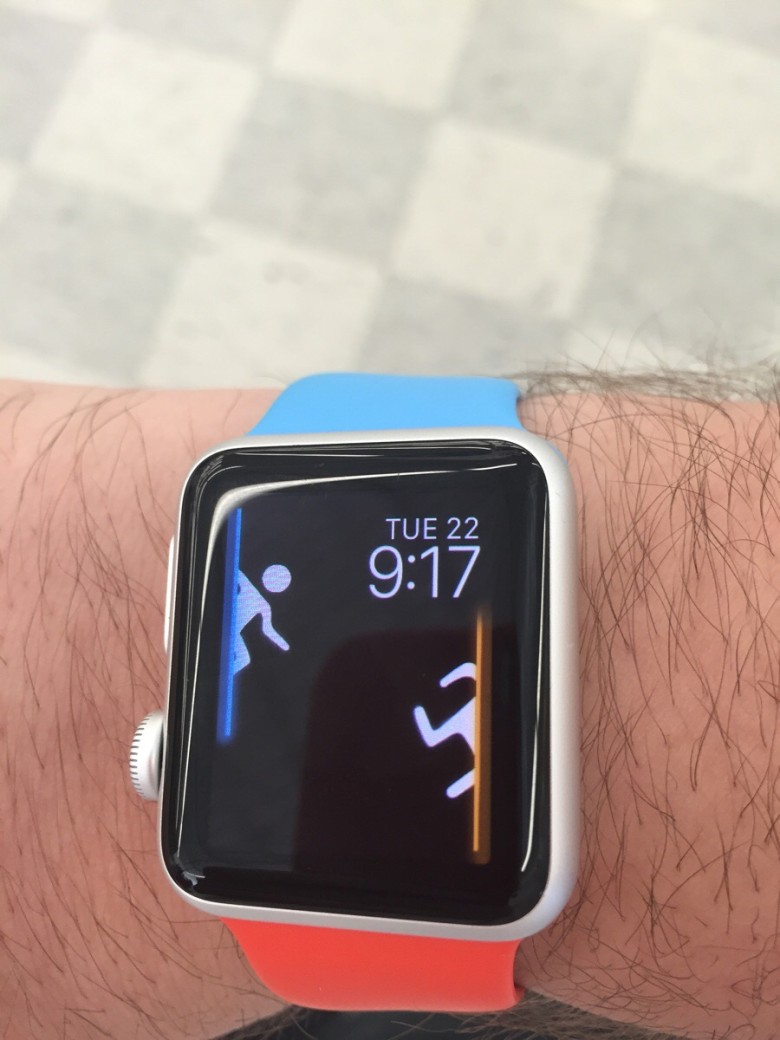 An Imgur user found an awesome way to express his love of developer Valve software’s Portal series. These puzzle games have you making your way through a secret lab using a gun that shoots blue and orange portals that you can then walk (or fall) through to reach new areas and move items around.

Not only does the watch face feature the game’s iconic imagery, but this person supersized his devotion by pairing it with two halves of blue and orange sport bands. It’s a fitting and elegant tribute to the source material, and it has the bonus of looking really cool even if you have no idea what the reference is.

Designer Stefan Poulos has been churning out the custom Apple Watch faces, and we’re featuring a few of his offerings here. First up is this Dick Tracy version that will make your smartwatch look like the wrist-mounted, two-way radios that the star of the 1940s detective comic strip pioneered. It looks really sharp with a brown leather strap like Apple’s own Classic Buckle (or any cheaper version you can find).

We’re not sure about the animation the face is showing off in this Instagram video, but it’s pretty awesome even if it doesn’t do that.

The droid you’re looking for 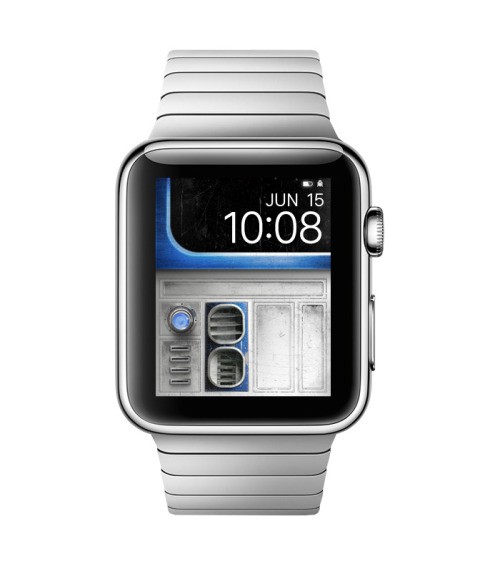 Anyone can put a picture of Star Wars‘ heroic astromech droid R2-D2 onto their Apple Watch, but this face (also courtesy of Stefan Poulos) incorporates the character’s distinctive design while saving a place for your clock.

It looks extra sharp with the silver Link Bracelet, which keeps the robot theme going and matches the color of R2’s dome-shaped head.

Click the photo over there to download the original, ready-to-use image from Poulos’ site. He also has one for R2’s protocol counterpart C-3PO, but I think we all know which one deserves a spot on your wrist. 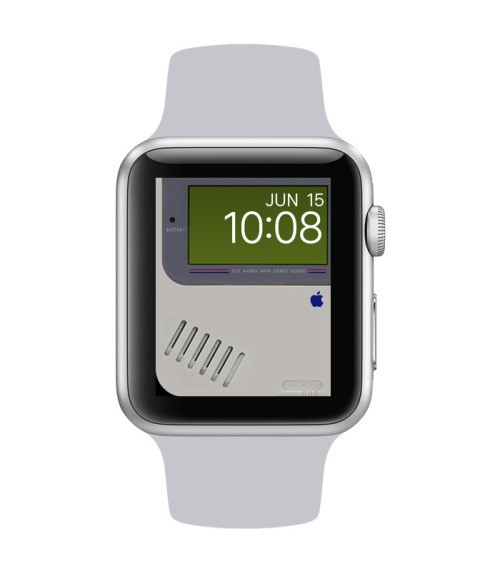 Only a couple things would improve Poulos’ design on this one: The ability to change the text color to match the weird, dark green that the handheld displayed, and a watch band that is the same weird yellow color that old plastic fades to over time.

But maybe you want to keep your Game Boy Apple Watch looking pristine, so a white Sports band will work just as well.

Again, click on the image at the right to grab this one for your very own.

Don’t even worry about the fallout

Designer Neven Mrgan drew inspiration from the wrist-mounted Pip-Boy computers from our favorite series of post-apocalyptic role-playing games. And if you’re excited about this week’s release of Fallout 4, you’ll love this custom face he made for his Apple Watch.

The office Slack mentioned a Pip-Boy watch face would be neat, so here you go, Internet! https://t.co/qbzsFPrxnn pic.twitter.com/VKjOdb5rFr

A black band looks the best with it, but that’s probably because we haven’t been able to find any straps that really evoke the feeling of dying slowly of radiation sickness.

Doomed but not forgotten 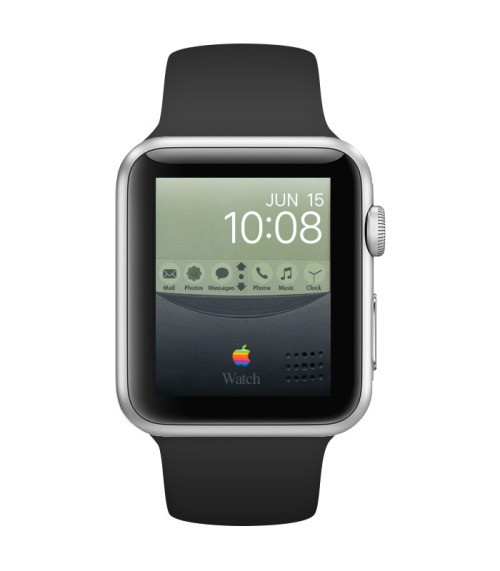 Last up, we have one for the most hardcore of Apple fans. This Stefan Poulos creation (the guy is a machine) will make your tiny Apple Watch look like a Newton MessagePad.

If you aren’t familiar, Apple started releasing personal digital assistants back in 1993. This hardware had handwriting-based input using a pretty hefty stylus. Newtons were precursors to the iPad and even the Apple Pencil we’re going to see with the iPad Pro this year. But if you’re feeling nostalgic for the times when tablets looked and worked almost exactly like the data pads they were using on Star Trek: The Next Generation, you can deck your Apple Watch with this cool face by clicking on the picture.

Have you seen (or made) any awesome Apple Watch faces? Let us know in the comments.