Microsoft officially opened its flagship store on NYC’s historic Fifth Avenue today just blocks away from Apple’s iconic glass cube, and it’s taken a few pages from the iPhone-maker’s playbook in the process.

The doors to Microsoft’s new store opened just in time for the release of the new Surface Book and Surface Pro 4, but Microsoft says it’s totally cool if Apple fans bring in their devices too.

“If you bring your iPhone in here, I’d love to show you how to use Office on it,” said Kelly Soligon, senior director of retail stores marketing at Microsoft. There are signs of Apple’s influence throughout the store through, from the giant glass facade to the glass staircase.

Take a look inside: 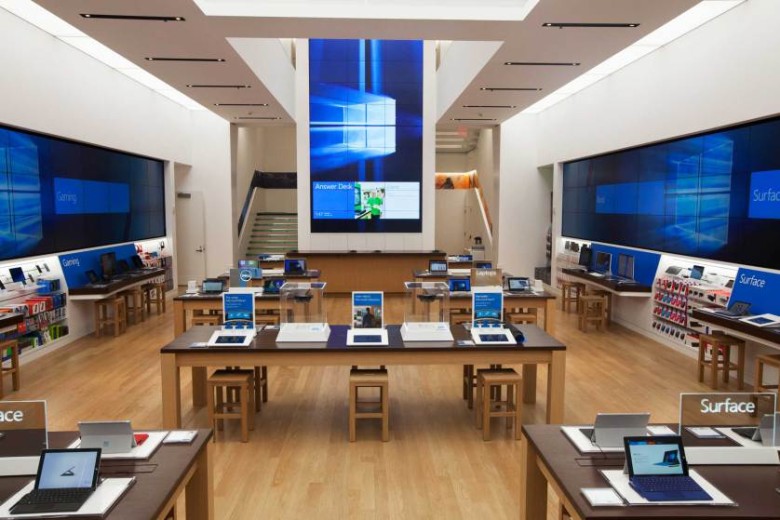 The inside is very open and clean, with tables of products for hands-on demos, just like the Apple Store. There’s a lot more signage in the Microsoft Store though. Print Moz recently wrote and article about the future of in-store signage. In it, they mention this store and its clever use of old and new signage tech. The walls of the store feature 30-foot long displays. There’s also another 30-foot tall display behind the ‘Answer Desk’ which is like the Genius Bar. 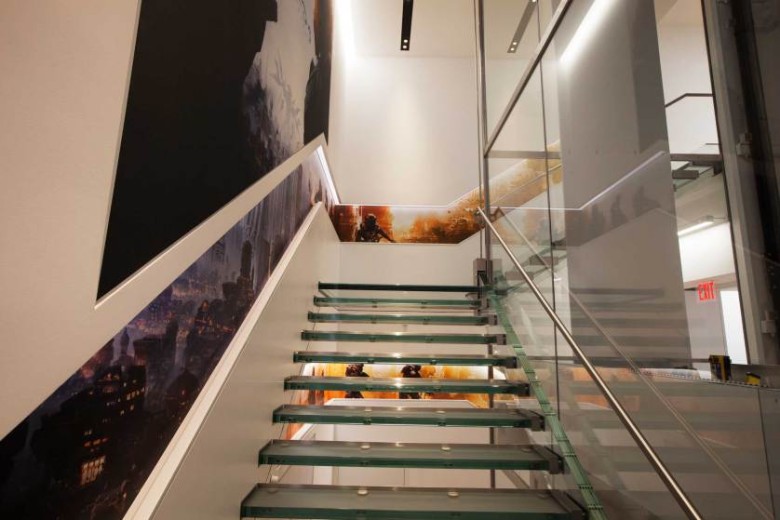 The store also features a big gaming section on the second floor, lecture areas, and tons of software for sale. For more details, check out this video from the folks at TechInsider who toured the shop before it opened: