Some of the most important scientific instruments of the past 700 years are hitting the auction block later this month, but one of the newest creations in the lot — one of the very first computers created by Steve Jobs and Steve Wozniak — is expect to fetch the highest bid.

Christie’s has auctioned a number of Apple I computers over the last few years, all bringing in winning bids over $500,000. This unit comes with a very rare first manual, with the original Apple logo featuring Isaac Newton that was drawn by co-founder Ronald Wayne.

The Apple I was the first computer developed by Steve Jobs and Steve Wozniak in 1976. Only 200 units were made and were sold without a casing, power supply or monitor. They did offer a key feature that other self-assembly kits of the era didn’t have though: a pre-assembled motherboard.

It’s estimated that there are only 50 Apple I-systems in existence today. Last year an Apple I broke the record, selling for $905,000. Christie’s expects this one could go for as much as $800,000. 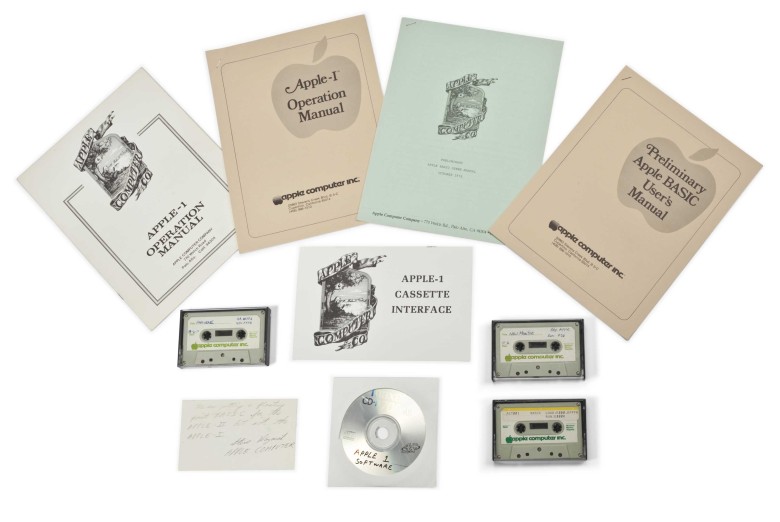