A decade ago, iPad blindsided Windows team
Mount your iPhone 11 anywhere with Xvida’s amazing magnetic cases
5 big questions heading into Apple’s first earnings report of 2020
Buying MGM could prove crucial to Apple TV+ growth
How to switch off iCloud backups, and why you might not want to
10 years on: How the iPad changed mobile computing
Apple teases Beastie Boys Story ahead of April debut
Keep digital distractions at bay to stay productive [Deals]
Today in Apple history: Steve Jobs introduces us to the iPad
2020 is the year Apple gets serious about augmented reality

Apple’s magical new Mouse, TrackPad and keyboard have been given the official teardown treatment from the guys at iFixit today, revealing the minuscule components inside the rechargeable new peripherals.

The teardown on the keyboard reveals the tiny new battery Apple squeezed in that has some design similarities to the iPhone’s battery. iFixit also took a closer look at the new Taptic Engine in the pricey Magic TrackPad 2, and filleted the Magic Mouse 2.

Check out what’s inside each device:

The new Magic Keyboard includes a rechargeable 793 mAh lithium-ion battery, logic board, a honeycombed spacer layer to add more rigidity to the board, a Lightning connector cable, and of course the keys, which use Apple’s new scissor mechanism that debuted on the new MacBook.

The logic board’s Bluetooth is powered by a Broadcom Bluetooth transceiver, with an ST Microelectronics microcontroller, NXP charging IC and a TI battery charger. If your keyboard ever breaks, you’ll have to take it into the Apple Store, as the repair experts at iFixit gave the new Magic Keyboard a low repairability score of 3 out of 10. 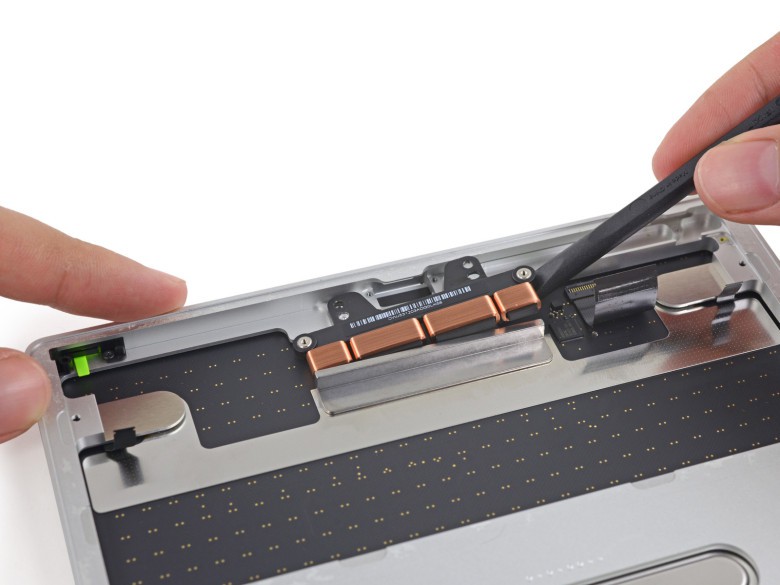 The Magic TrackPad 2 costs $129, but the insides aren’t quite as exciting as the price tag would suggest. iFixit found that the trackpad has the largest battery of the three new products, with a 2,024 mAh rechargeable lithium-ion battery. It also includes strain gauges, a logic board, and a big Taptic Engine with copper wire coils. 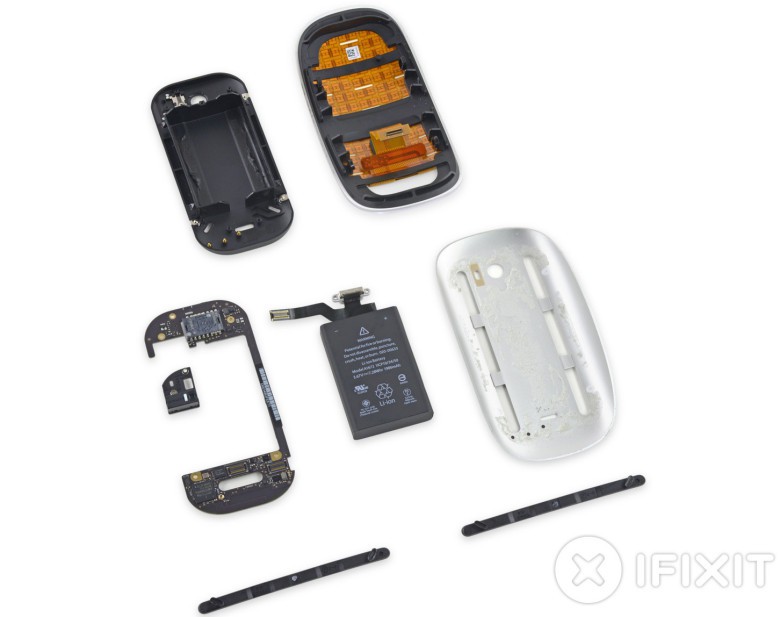 The insides of the Magic Mouse 2 have been changed largely by the new 1,986 mAh rechargeable lithium-ion battery. Apple’s designers also redesigned the feet to sound better while it glides across your desk. The new mouse also has a logic board, a touch-sensing array, and a switch for all that clicking.

You can see more gory details and lots more photos over at the three iFixit teardowns.