Foster + Partners is currently making a name for itself by designing Apple’s new spaceship campus and flagship stores, but once it’s done taking over Earth, the London-based architecture firm wants to help NASA create human colonies on Mars.

Norman Foster’s firm revealed its plans for a 93-square meter habitat that would be 3D printed from the loose soil and rocks on the the martian surface. The firm’s designs were shortlisted as a finalist for the 3D Printed Habitat Challenge hosted by NASA and America Makes.

This is the same architecture firm that designed Apple’s spaceship in Cupertino as well as most of the flagship Apple Store. While the structures presented in the Mars plan are vastly different from what Apple uses, it shows the kind of crazy ideas that go into modern architecture, some of which can be implemented in one way or another here on Earth.

Here’s how the firm says it would put 4 astronauts on the red planet: 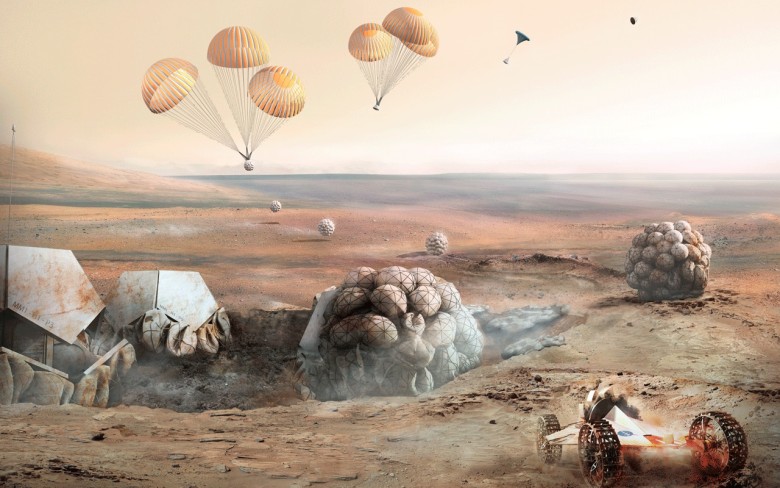 Instead of using humans to build the colony, Foster + Partners envisions an army of semi-autonomous robots would land on the planet before the arrival of the human astronauts. The first wave of robots would dig a 1.5 meter deep crater, then they would be followed by a second delivery of inflatable modules that sit inside the crater, forming the core of the settlement. 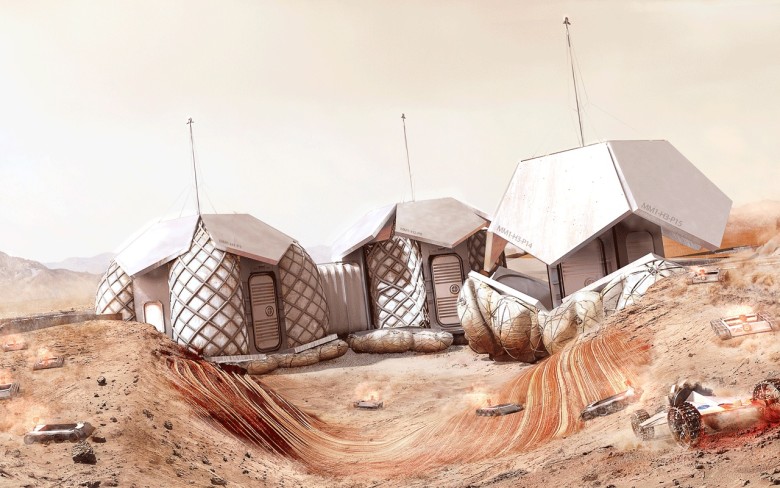 Because it takes forever to relay communications from Earth to Mars, the construction is designed to use minimal human input, so that that it’s more adaptive to unexpected challenges.

Using the dirt from the crater, the robots would cover the inflatable habitat modules with Martian soil and then fuse it using microwaves. This ‘3D printing’ processs would theoretically create a permanent shield to protect settlers from radiation and extreme temperatures. 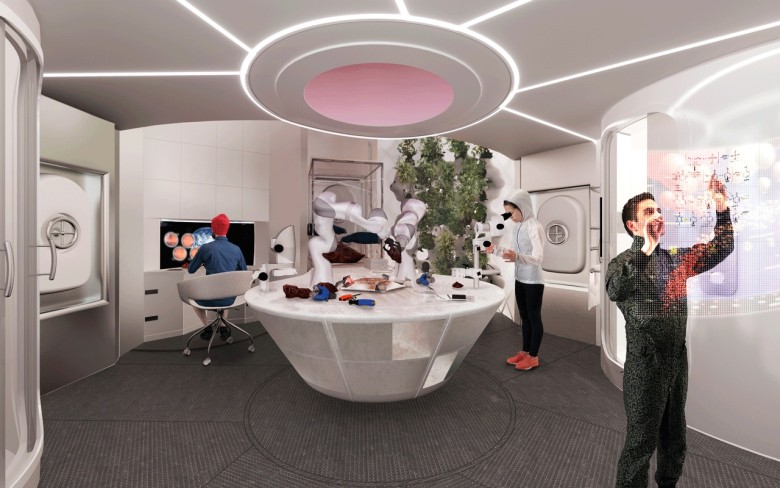 The 93-square meter habit would be pretty compact for four astronauts. To make use of every square inch, Foster + Partners says the modules would combine spatial efficiency with human physiology and psychology. Private and communal spaces would overlap, and they be finished with soft materials and enhanced virtual environments to help break to monotony of living in a little bubble in the ground.