Emoji have quickly become the language of choice for digital natives, but when it comes to the tiny pictograms, not all emoji are used equally. To find out which areas of the United States use emoji differently, SwiftKey analyzed over 1 billion emoji used on its keyboard app between June 2014 and 2015, and came away with some interesting take aways — like the elephant emoji being most popular in Alabama, while the volcano emoji is blowing up in Maine.

Check out the map to see which is your state’s favorite emoji: 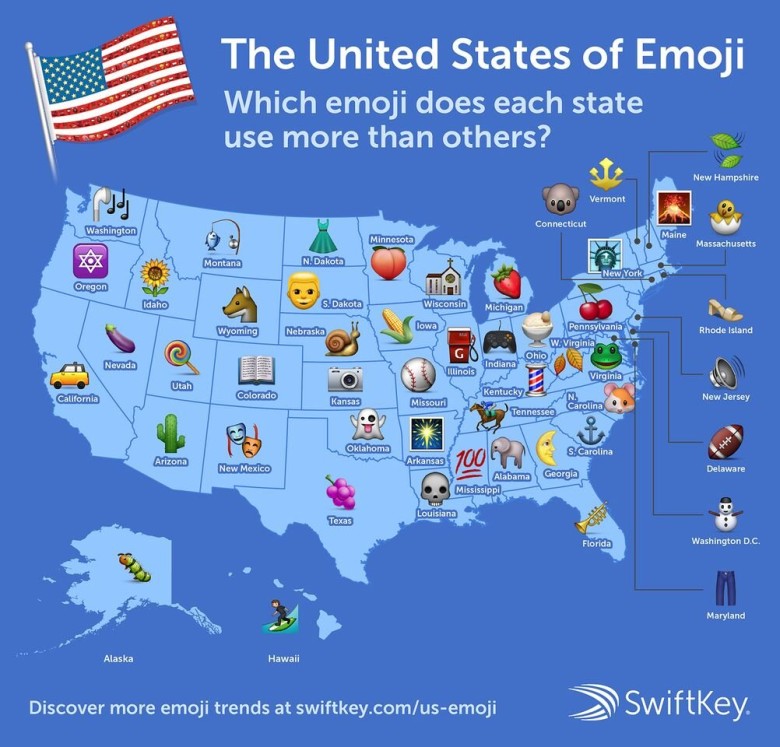 SwiftKey didn’t organize the emoji by raw usage numbers, but created the map to reflect higher usage of particular emojis compared the the U.S. average. Here are a few other states that have weirdly popular emoji: