The iPhone 6s is still a couple of months away from going on sale, but if you’re hoping to offset the cost of buying a new iPhone by selling your old handset, now’s the time to do it.

That’s because resale values drop by around 10 percent in September and October, according to gadget trade-in site NextWorth, which analyzed thousands of eBay sales. If you wait until November or December, meanwhile, be prepared to lose around 30 percent of current resale value. 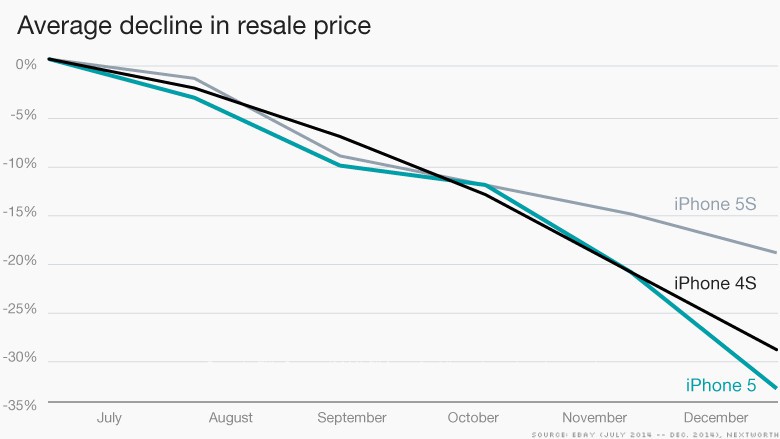 Not coincidentally at all, these are the months when Apple releases its new iPhone, which results in the market immediately being flooded with older devices — thereby lowering scarcity.

NextWorth CMO Jeff Trachsel says this pattern has played out for the past four years, and they “fully expect” it to be the same for the upcoming iPhone 6s, which many expect to be the most significant “s” iPhone release in Apple’s history.

Now the question is where do we get an old phone to tide us over for the next eight weeks?