Fans hoping to catch MTV’s announcement of this year’s VMA nominees on Beats 1 this morning got a rude awakening as Apple servers crashed right before the artists were revealed.

We’ve been trying to access Beats 1 radio all morning but keep getting “Request timed out” errors on all our devices. Other services have been impacted as well: People on Twitter have reported a number of issues with Apple services, including problems accessing the App Store, Apple Music, Apple Pay and iTunes Match. 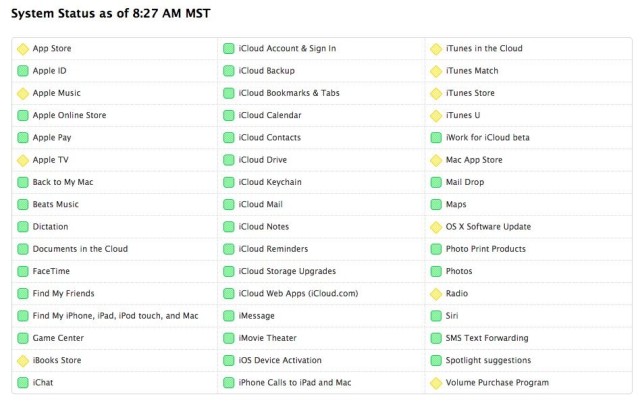 The problems have been going on for nearly the past two hours. Apple’s system status page says the company is investigating the issues and will update the status as more information becomes available.

Update: Apple’s services status page is now reporting that all services are up and running again.