Tim Cook and Eddy Cue were in Sun Valley, Idaho this week for Allen & Co’s annual gathering of the richest and most successful people in media and technology. The gathering includes multiple days of hobnobbing with fellow elites where Cook has become a staple for the past two years.

Last year Apple’s CEO made headlines by telling a reporter to throw her Samsung away. This year Cook was mum when reporters asked him questions, but he was spotted chatting with some of his fellow tech titans, like Microsoft founder Bill Gates: 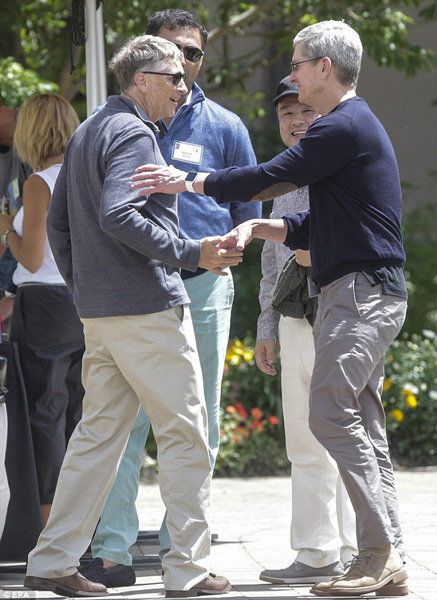 Cook was also spotted having a conversation with CBS CEO Leslie Moonves. Apple has been struggling to lineup TV deals with broadcasters, but Moonves already said earlier this year that he would probably sign a deal for Apple TV’s upcoming streaming service.

Jeff Boyd, the chairman and former CEO of Priceline.com was spotted talking to Cook during the conference. Tim Cook took a walk with IBM’s chief executive Ginni Rometty on Wednesday. While Apple and IBM used to be arch-rivals, the two have forged a powerful partnership to make iOS the best platform for enterprise. 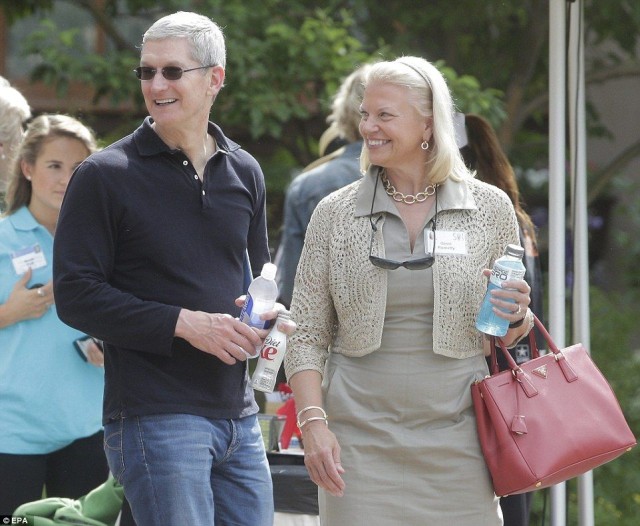