The Apple Watch is the best watch I’ve ever owned. It’s also the first watch I’ve owned in over a decade but amazing features like the heart rate monitor, responding to texts from my wrist, and being able to see what time it is without pulling out my iPhone have totally won me over.

Not everyone is keen on the future of smartwatches though, and if you need any further proof, just look at the Kickstarter page for The Mason Watch. It’s dumb, ugly, and lacks all the features you could want for in a modern watch, but the project is absolutely killing it on Kickstarter, and passed its funding goal in the first week.

Check out how huge this thing looks on your wrist: 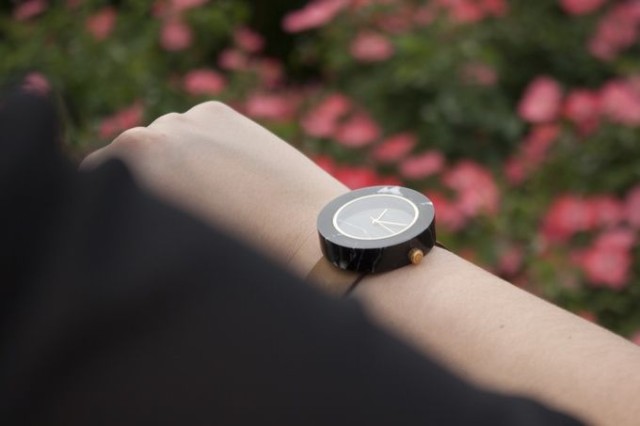 And you seriously think the Apple Watch is ‘more akin to Birkenstocks than Manolos‘, Elle? Next to this monolithic beast, Jony Ive’s wristwatch looks like an anorexic supermodel.

After scoring over $30,000 of funding in the project’s first week, Mason Watch’s founders are completely embracing the creation of the anti-Apple Watch, bragging that they “try to limit anything digital and metal” in their work.

A big point of pride among the creators is that the watch is made from 100% marble — except for the internal watch mechanisms that actually do all the timekeeping. “Just like Apple – we aim to be innovators in the space,” Mason Watch’s creators told Cult of Mac. “Minimal branding, beautiful design, and material excellence.”