Steve Jobs hated Android so much he once said Apple would never make an iTunes app for Android because he didn’t want to do anything that would make Android users happy. At yesterday’s WWDC keynote, Tim Cook sang a different tune by announcing Apple Music would be available on Android too. What he didn’t say was everyone with an Android phone is going to have to pay. Even for the free features.

Everyone that owns an iOS device will be able to listen to Beats 1 radio, view and follow artists on Connect, and even listen to other Apple Music radio stations with a limited number of skips. That doesn’t apply to Android users though according to the fine print on Apple’s site, which says “Apple Music for Android features are limited to paid members only.”

Here’s a full list of everything you get with your Apple Music membership: 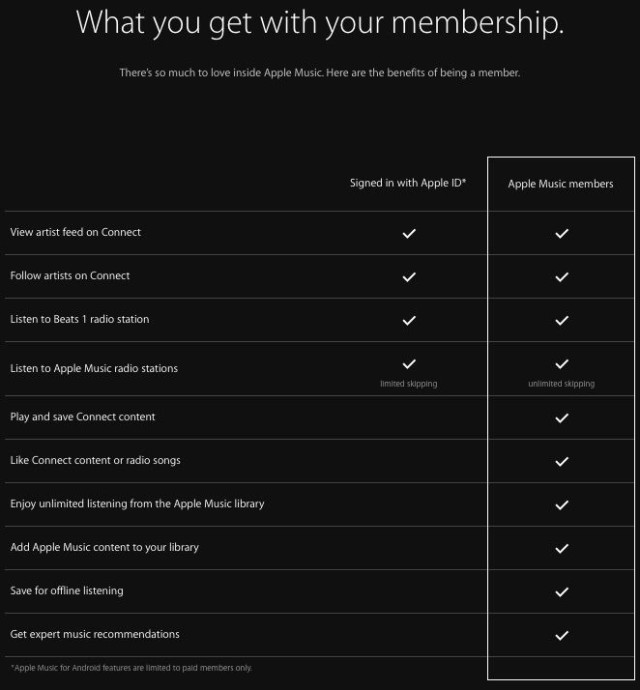